To Better Conserve Wildlife, Consider All Kinds Of Animals, Not Just The Ones We Hunt

For close to a century, the dominant method of conserving wildlife in the United States has been to protect and manage the areas where animals live. Millions of acres of public and private land across the United States are managed at least partly to serve as wildlife habitat. But land managers' top responsibility is typically to increase populations of animals that people like to hunt.

Humans have altered natural areas to benefit hunted species, such as deer and elk, for centuries. These practices, known as game management, are widespread around the globe. For example, in U.S. forests, land managers remove trees to promote the growth of grasses and shrubs that deer and elk prefer to eat. In Scotland, gamekeepers burn cover vegetation on moorlands to increase open areas for game birds such as red grouse.

But how do these practices affect other animals that live in the same area? In a study I recently coauthored, we found little support for the widely held belief that “what is good for game is good for all wildlife.”

For decades, U.S. land managers have followed an approach that assumes that measures designed to benefit hunted species also benefit other wildlife in the area. However, there is little evidence to support this notion.

We set out to formally review scientific studies that analyzed the effects of various game management techniques on nongame species. However, we found remarkably few studies that addressed our question. The 26 studies that did analyze this issue found both positive and negative effects.

For example, a 2011 study on greater sage-grouse management in the western U.S. found that creating and protecting sagebrush habitat would simultaneously protect 13 nontarget songbird species. On the other hand, a 2007 study in Spain found that increasing populations of game species like wild boar, red deer and aoudad sheep depleted resources for the endangered European wildcat.

Based on our review, we found insufficient evidence to support the assumption that game management practices positively affect all wildlife species. As a result, we need to rethink this approach. Greater scientific scrutiny of game management practices and greater collaboration between game managers and scientists would provide more shared benefits to hunters, hunted species and all wildlife. However, this would come with a cost. 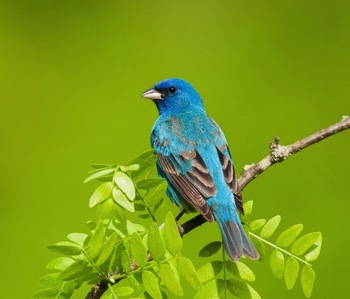 Land managers often face the challenge of managing for both game and nongame species with limited funding. Decisions based primarily on a single species, such as deer, allow for simpler management plans that can be easily funded. However, these decisions focused solely on a single species like deer may have unintended consequences for other animals in the area. For example, a 2001 study in Virginia found that large deer populations had a detrimental effect on native plants, causing a major decrease in the number of birds using the area.

The U.S. Department of the Interior distributes money from this excise tax to state fish and wildlife agencies. In 2014 the agency provided $760 million to state agencies for game management. Private land owners earn important supplemental income by allowing recreational hunters to use their property for a fee. This creates further economic incentives to manage land specifically for game species.

Currently, the federal Pittman-Robertson excise tax and Dingell-Johnson Act are the major funding sources for U.S. wildlife conservation. Together they raise roughly a billion dollars a year from sales of hunting and fishing gear, such as ammunition, guns and fishing rods. Waterfowl hunters are required to buy and carry the federal Duck Stamp, which cost $25 for the 2015-2016 season. Since 1934 Duck Stamps have generated some $800 million, which the Interior Department has used to add millions of acres to the National Wildlife Refuge System.

These programs contribute to the conservation of nongame animals, but they are funded primarily by hunters and anglers, further justifying the single-species or game management approach. To redirect wildlife management, we need to create innovative and diverse funding sources for wildlife conservation. 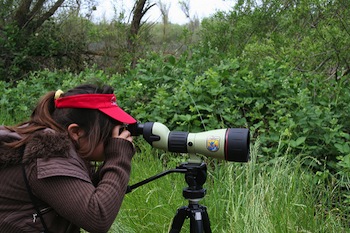 In 2009, more than 6,300 state fish and wildlife agencies, biologists, hunters, birdwatchers and others proposed the Teaming with Wildlife Act, which would have created a similar tax on nonconsumptive recreation goods, such as binoculars and tents. The act also would have allocated a portion of federal revenue from on-shore and off-shore oil and mineral development to state wildlife agencies. However, this bill received little support from retailers and failed to pass.

Now a new bipartisan Blue Ribbon Panel representing the outdoor retail sector, the energy industry and conservation organizations is revisiting this idea and working to design a 21st-century funding model that bridges the gap between game and nongame species. On March 2, 2016, the panel recommended that Congress takes $1.3 billion from mining and natural resource exploitation and invest it into State Wildlife Action Plans.

The United States has limited funding for conserving biological diversity, and species are going extinct at alarming rates. It is critical to reevaluate the assumption that our current wildlife management model is protecting a large number of species, which has rarely been questioned or tested.

Future land management strategies should be designed to find shared benefits and consequences for both game and nongame species. For example, in Colorado, pinyon-juniper woodlands have been converted to shrublands and grasslands to support game species for over 50 years. The Colorado Department of Parks and Wildlife and Colorado State University are currently working together to assess the effects of pinyon-juniper removal on nontarget animal communities. This collaboration aims to answer questions such as whether removing these woodlands is the best management practice; how it affects other animals living in the forest; and how displacing some of those animals affects the rest of the ecosystem.

Answering these types of questions will allow state and federal agencies and private landowners to more effectively manage game species while also protecting biological diversity. Prioritizing biodiversity conservation over a single-species management approach will provide us a better chance at passing on a diverse natural world to future generations.

Travis Gallo is a conservation scientist in the Liba Pejchar Lab at Colorado State University. I am broadly interested in the drivers of global land use changes and how they impact wildlife populations and communities.

See also:
Cecil The Lion Was A Victim Of Deep-rooted And Persistent Arrogance Towards Wildlife
EarthTalk: Protecting Gray Wolves