Trying To Survive In A World Made Of Plastic 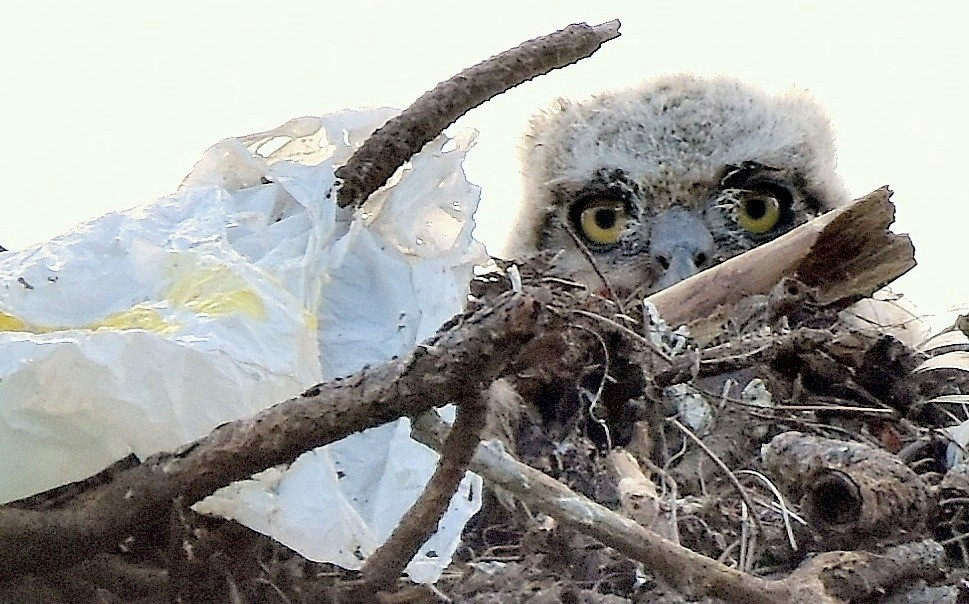 The will to survive can help a species hang on against what seems like insurmountable odds. However, every species on the planet may have met its match in the battle against plastic, since plastic is found in everything. From food and water to clothing and medical devices, plastic  touches every aspect of our lives.

This is also true for wildlife. Just decades ago, it was a rare sight to see birds using plastic to make their nests. Trash on beaches and along the road typically was mostly paper and food. Today, some bodies of water are so filled with plastic you can barely see beneath to the water.

The invention of plastic changed everything, as this miracle substance first pioneered by Belgian chemist Leo Baekeland in 1907 slowly made its way into every facet of life on Earth. According to EarthDay.org, the amount of plastic produced in a year is roughly the same weight of humanity. It’s estimated there is over eight billion tons of plastic on the planet since commercial production began in the 1950s, with only a tiny portion recycled.

Since it takes somewhere between 20–500 years for plastic to decompose, plastic is the plague that keeps on giving. The chemicals used to make it stay in the atmosphere forever. The plastic we toss away ends up being ingested by marine animals, used in nests by birds and wrapped around the beaks and necks of unfortunate wildlife, among other dire consequences. A few years ago, a heartbreaking video went viral showing a beautiful swan family on a dock in Amsterdam making a nest purely out of trash, much of it plastic.

What was once considered a new goldmine is now one of the biggest plagues on Earth, and one we will never be rid of. Despite the literal mountains of evidence, all the pollution, clogged waterways, and wildlife habitat destruction, we still use plastic for just about everything. Covid intensified this problem greatly by requiring many disposable items for public use, and plastic packaging for many food products and produce.

The Tragic Story Of Annie The Anhinga 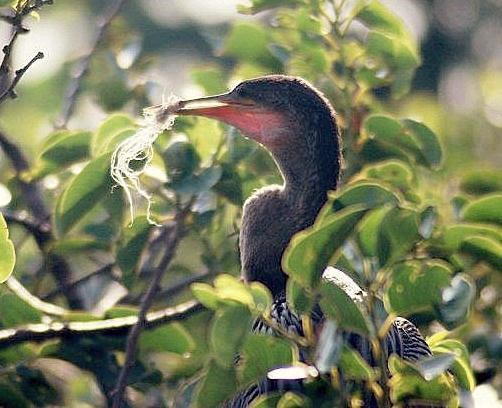 Annie, as I named her, was a female anhinga with plastic wrapped around her beak. I had watched her and her mate build a nest and lay three eggs. After the chicks hatched, the pair took turns hunting, feeding them, and cleaning the nest. Chicks are very demanding and need constant tending to. Between the two adults it was still time consuming and required lots of energy.

When the chicks were two weeks old the mom went out one morning to find food but instead found plastic. She returned to the nest but didn’t have any food for the hungry chicks. Pecking at her beak they begged her to feed them and tried to bite the plastic hanging from her beak.

I snapped a photo of her and took it to the nature center office next door. Three rangers came out with nets, but after two hours of trying to catch her, she was too spooked and flew away. We watched her try for several hours to slide the plastic off by rubbing her beak on a rock and branches, flying from branch to branch and hoping to find the one that could free her beak. Her confusion and frustration were palpable.

The next day I spotted her far away from the nest with the plastic further back on her beak.  This made it impossible for her to slide it off though she continued to try. After that day she was never seen again. Her mate tried to feed the three starving chicks who were growing and becoming more aggressive in asking for food.

Overwhelmed, he could only feed the two larger, stronger chicks. Without a partner it was just too much, though he tried to feed all three for a couple of days. When it became apparent he couldn’t care for all three, he stopped feeding the youngest, and it was painful to watch the littlest chick beg for food that would never come.

After a week, the littlest chick died and was pushed out of the nest. The remaining two survived and fledged. The scourge of plastic caused a family of five to end up a family of three. In the modern world this has become a daily occurrence, though we rarely see it. Her life and death serve as a cautionary tale and we need to pay attention.

A Stark Reality For Marine Life 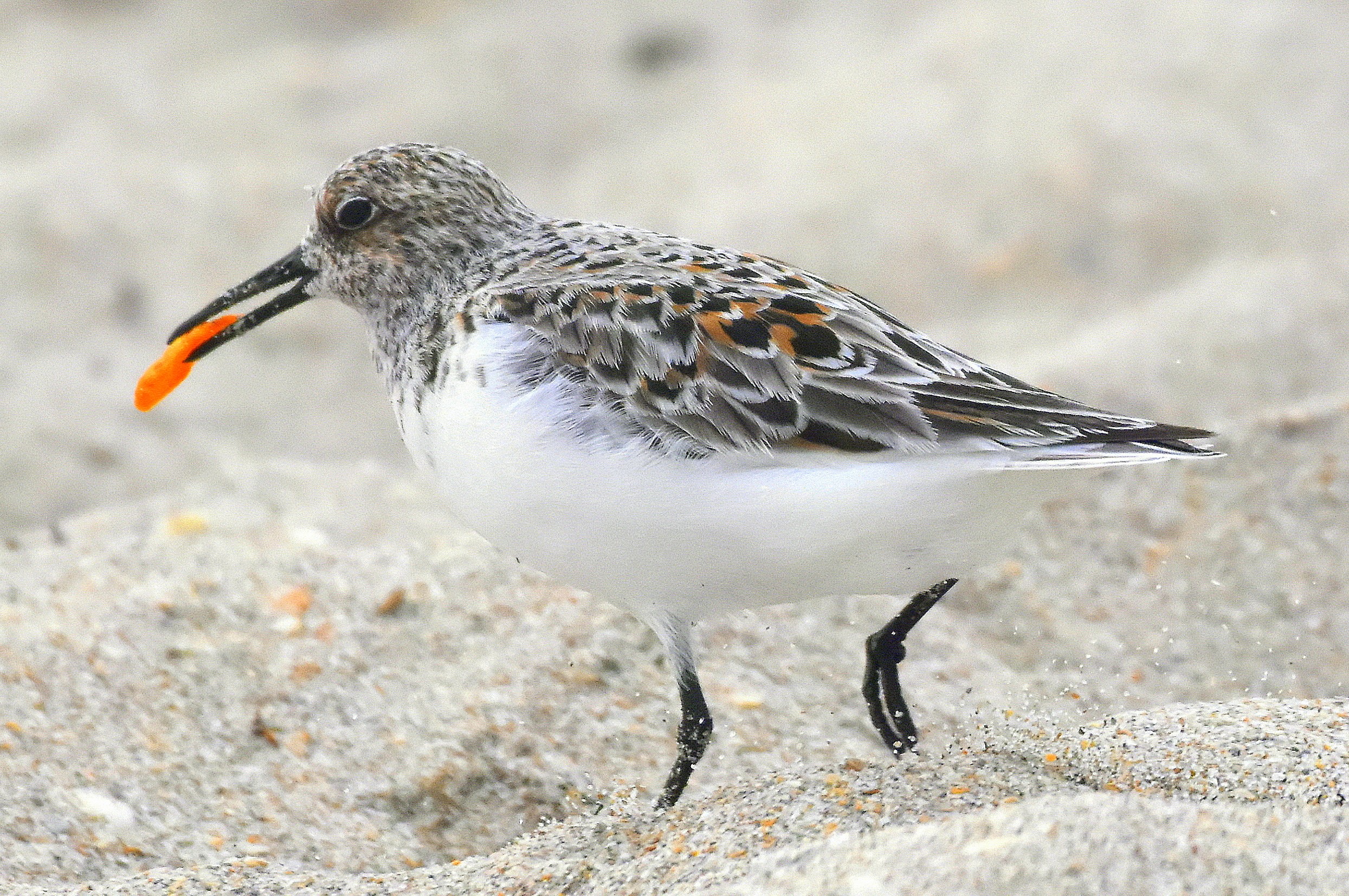 This sanderling did not consume this piece of plastic only because it was too large to swallow. Photo: Staci-lee Sherwood

Necropsies have shown that most seabirds and sea turtles have a stomach filled with plastic.  Endangered leatherback sea turtles feed on jellyfish. Plastic bags floating on the water look like a snack for them. A careless toss out the window can spell death for an unsuspecting animal. In Florida it’s rare to see an osprey nest that doesn’t have plastic bags.

Micro plastic is everywhere and impossible to get rid of. Many shorebirds end up feeding their chicks tiny bits of plastic. The sanderling pictured did not consume the plastic only because it was too big for him to swallow. Thinking it was food he did spend ten minutes trying to break it into smaller pieces to swallow. Thankfully the plastic was too hard break.

Birds And Plastic Do Not Mix

An increasing problem is plastic found wrapped around birds’ beaks. This lucky sandhill crane found help in removing the plastic, but most do not.  A reminder that plastic is never far away no matter how remote the area is.

Here’s a very simple thing to do that can save many wildlife lives. Please cut plastic 6-pack holders as shown below before you put them into the trash or recycling. 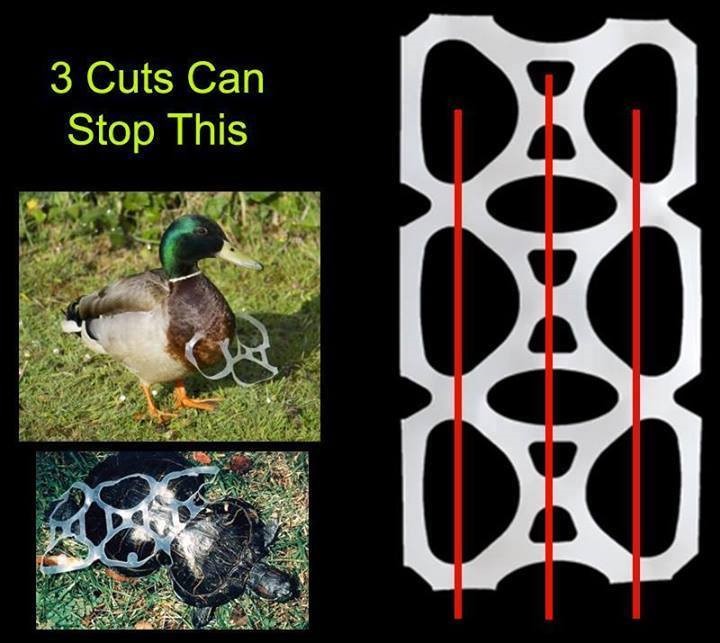