Twenty Years After 9/11, ‘The Only Way To Effectively Counter Terror Is To End War’

Anti-war voices reflect on two decades of the misguided hubris, failed policies, war profiteering, suffering, and death that resulted from the 2001 attacks. 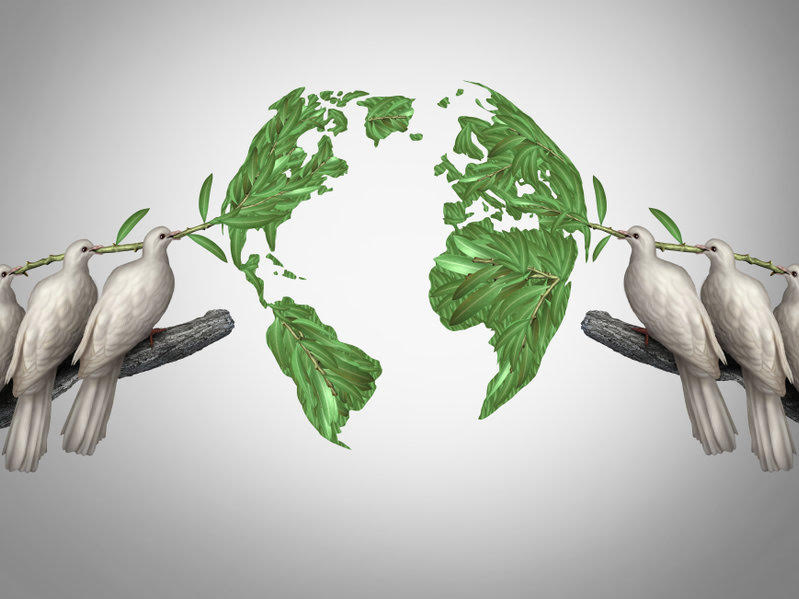 As the United States on Saturday commemorates the 20th anniversary of the September 11, 2001 attacks with plenty of patriotic zeal but perhaps too little introspection, peace advocates have marked the occasion by reflecting on the costs and bloody consequences of the so-called “Global War on Terror” as they reaffirmed that the best safeguard against further terrorism—as many warned at the time—is ending war and respecting human rights.

A sobering assessment 20 years after the 9/11 attacks lays bare a never-ending war abroad, an erosion of civil liberties and deadly neglect of dire social needs at home, and the further enrichment of corporations and wealthy investors—perhaps the only winners of perpetual conflict that progressive critics have long deemed unwinnable by design.

Just as it was on 9/11, Afghanistan is again ruled by the Taliban. The U.S. military prison at Guantánamo Bay, opened in 2002, still holds dozens of men, many of them imprisoned without charge or trial for over a decade. Much of Iraq, whose 2003 invasion was sold on a pack of lies, has been destroyed not once, but twice, by U.S.-led wars whose toxic detritus is still killing and poisoning people years later. More than 900,000—and possibly many more—civilians have been killed in at least seven nations in the name of countering “terrorism”—a tactic, not an enemy.

In the two decades since 9/11, thousands of U.S. and allied troops have died. During that time, trillions of dollars that could have been spent on social uplift both home and abroad were instead expended on waging war without end.

“The U.S. government and military exploited the grief and shock following the 9/11 attacks to raise fears, promote Islamophobia, and launch forever wars which continue to this day,” wrote Kathy Kelly, co-founder of Voices for Creative Nonviolence, on Friday.

The U.S. government, Azmy continued, “used the same formula it had for centuries before 9/11: Launch foreign wars and establish domestic policies to oppress its own people in service of some broader ideological conflict.”

In the aftermath of the attacks, he said, the Bush administration “constructed a dominant, destructive, and enduring 9/11 ideology building upon narratives of xenophobia, maximal security measures, and military power and profit that still largely permeates every facet of public life 20 years later.”

Medea Benjamin, the CodePink co-founder who rose to prominence by confronting war criminals like Bush-era Defense Secretary Donald Rumsfeld, says that “the U.S. response to 9/11 was corrupted by a toxic soup of revenge, imperialist ambitions, war profiteering, systematic brainwashing, and sheer stupidity.”

Prescient warnings went unheard and unheeded—but were ultimately vindicated. Before casting the lone dissenting vote against the 2001 congressional authorization underpinning the so-called War on Terror, Rep. Barbara Lee (D-Calif.) urged her colleagues to “think through the implications of our actions today, so that this does not spiral out of control.”

“We must be careful not to embark on an open-ended war with neither an exit strategy nor a focused target,” warned Lee—who quoting Rev. Nathan Baxter’s post-9/11 sermon, added, “As we act, let us not become the evil we deplore.”

As Vice President Dick Cheney ominously declared that the United States would wage the impending war on “the dark side” and “in the shadows,” the George W. Bush administration was building the legal and physical framework of an edifice of war crimes. What followed was a series of cascading and intertwined human rights disasters: the offshore prison at Guantánamo; extraordinary rendition; CIA “black sites“; Abu Ghraib; and other prisons where men and boys caught up in the War on Terror, a great many of them innocent civilians, were tortured, sometimes to death, by U.S. military and intelligence personnel.

Meanwhile, civil liberties were eviscerated at home by the USA Patriot Act and other measures. Muslims were rounded up and imprisoned in the wake of 9/11, as Muslim Americans—and sometimes those mistaken for them—suffered a wave of Islamophobic attacks.

Instead of ending the war and closing Guantánamo as promised, President Barack Obama escalated the conflict. He sent tens of thousands of additional troops to Afghanistan, vastly expanded drone strikes, intervened in the Libyan and Syrian civil wars, and, after withdrawing U.S. forces from Iraq in 2011, launched a new war there after the so-called Islamic State’s (ISIS) rise to power. Instead of investigating Bush war criminals as promised, the Obama administration actively protected them, while waging an unprecedented war against whistleblowers including Julian Assange, Edward Snowden, John Kiriakou, Chelsea Manning, Jeffrey Sterling, and others who exposed U.S. war crimes. And instead of reining in NSA and other unconstitutional surveillance, the Obama administration expanded the global U.S. mass surveillance dragnet, targeting Americans and foreigners alike.

President Donald Trump campaigned on a promise to “bomb the shit out of” ISIS militants and “take out their families.” He was true to his words. As his administration relaxed rules of engagement meant to protect civilians, U.S. and allied forces laid waste to entire cities and towns, killing thousands of civilians and exacerbating the world’s worst refugee crisis since World War II. Trump also did something that neither Bush nor Obama dared to do by negotiating the end of the U.S.-led war in Afghanistan, the longest conflict in American history.

While imperialists and war profiteers excoriated President Joe Biden for withdrawing U.S. troops from Afghanistan last month, Repairers of the Breach president Rev. Dr. William Barber II and Tope Folarin of the Institute for Policy Studies (IPS) note that “a significant majority of people in the U.S. supported the move,” a “far cry from the 88% who supported the war when it was launched.”

In part, this is a movement victory. Movements against the War on Terror emerged within days of the 9/11 attacks, even before the first U.S. bombers assaulted Kabul. This rising anti-war drumbeat played a major part in pulling public opinion away from support for Washington’s “forever wars.”

It wasn’t a given that Biden would pull out of Afghanistan—other presidents have promised to do so and then failed. This time, there is no question that public opposition to the war was critical to Biden’s decision.

“That shift also shows that people across the U.S. have learned some harsh realities that anti-war activists mobilized around for years,” Barber and Folarin added. Among those “harsh realities” is the tremendous cost of war and deepening militarization—$21 trillion, according to a recent IPS report. Critics say that money could have been better spent on healthcare, education, infrastructure, climate action, and a host of other pressing social needs.

Instead, the military-industrial complex has strengthened and other profiteers of the permanent war economy have grown stupendously rich from the death and destruction of forever war. Ten thousand dollars invested in the top five U.S. military contractors in 2001, according to a recent analysis, is worth nearly $100,000 today—nearly 40% more than an identical investment in an S&P index fund over the same period.

As Biden seeks to increase the Pentagon budget to $715 billion while stoking tensions with China and Russia and acknowledging the possibility of “over-the-horizon” strikes in Afghanistan, CodePink’s Benjamin warns that “we can’t continue down the path of deadly, destructive, and costly U.S. militarism” any longer.

This week, in a post explaining how the U.S. should extricate itself from the cycle of violence, Lee said, “It’s time we end these forever wars. With a coalition of partners, allies, and advocates both inside the halls of Congress and out, we are finally on the cusp of turning the page on this state of perpetual war-making.”

And as Kathy Kelly concurred in her assessment: “The only way to effectively counter terror is to end war.”