What Does Record Drought In The Golden State Mean For Organic Food In The U.S.?

Will Fantle, The Cornucopia Institute,

The most severe drought in California’s recorded history is raising questions about its impact upon the nation’s food supply and production. Water reservoirs, built to replenish from winter snow and precipitation, have been failing to recharge. Groundwater levels are falling as irrigation substitutes for precipitation. Questions, too, are swirling about water rights and upstream allocations from the heavily used and relied upon Colorado River.

Earlier this year, California officials responded to the growing emergency with a package of water use restrictions affecting both urban and rural users. Statewide, about three-quarters of California’s water use is consumed by agriculture. The shortages have become so dire that some agricultural water users are turning to questionable “processed” wastewater from the fracking industry for supplies.

A core foundational principle of organics is sustainability. Can these farmers weather the historic drought that’s gripping California?

“The whole nation has become dependent on California for food,” observes longtime organic farmer and Cornucopia Policy Advisor Tom Willey. Since the 1980s, Willey and his family have been farming organically near Madera, in the state’s highly productive Central Valley—known as the world’s “Salad Bowl.”

When interviewed in October, Willey said his farm was in the middle of transitioning to their winter crops. “We are planting right now,” he says, and notes that the winter crops require less irrigation, perhaps once per week, depending on precipitation. The summer crops, during the year’s drier months, need irrigation three times a week. “Everything on our farm is drip irrigated,” and that conserves water, he adds.

An integral part of T & D Willey Organic Farm has been building soil fertility. “We’ve been applying copious amounts of compost for the past 20 years, and it’s been pretty beneficial,” Willey says. He explains that the more robust soil retains water better, particularly in the root zone, and is more resistant to drought pressures. His cover cropping practices also improve water filtration into the soil. 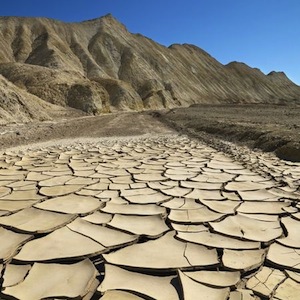 Yet even the best practices can only carry you so far. “I’m not too bullish on agriculture in central California now,” he states. The surface canals carrying water for irrigation have not had a drop in them for two years. “We’ve lost our snowpack, our water storage.”

The substitute, says Willey, is pumping groundwater for irrigation. “I am pumping 100% of the time now,” he notes. And the underground water table is also going down. “It has dropped 80 feet in the last 20 years,” Willey says. Additionally, the quality of that water has changed, becoming less desirable with more saline and chlorides.

“I wouldn’t be surprised to see 25% less agriculture in the valley within a decade,” Willey offers. The character of the valley’s farming is already shifting. Intensive land users—particularly those involved with what Willey calls the “nut craze” (pistachios, almonds, and walnuts)—are moving in and paying more for land used for grazing and livestock. Many conventional livestock farmers are, in a sense, importing water from the Midwest in the form of animal feed they can no longer grow.

In Southern California, organic farmer Steve Sprinkel has been closely following the epic drought. In addition to running Gozo Farm, Sprinkel also operates The Farmer and Cook Restaurant with his wife, Olivia Chase, drawing heavily from their farm’s bounty. A former board president, he too serves as a policy advisor to Cornucopia.

Describing himself as a bit of a “weather wonk,” Sprinkel mentions that annual precipitation levels for his area, near Ojai, have been slowly declining for the past 20 to 30 years, from an average of 18 inches to the 12 inches received last year.

Sprinkel points to the inadequacy of the state’s vast water-collection infrastructure. “All the impoundment dams in Southern California are engineered for snow,” he says. But the warming weather is producing more winter rain. “You can’t catch all of the water in a rainfall,” Sprinkel adds.

There’s been no grazing in his area for the past two to three years. Citrus, orchards, and vineyards are predicated on not having to irrigate for five months—something that is increasingly challenging. Other life in the area is similarly desperate for water. Sprinkel sees holes chewed in irrigation lines—by thirsty coyotes—that then require expensive repairs.

Oddly, prices paid to farmers for their drought-challenged organic commodities have been down. “At the height of the drought drumbeat last spring, I had never seen prices so low,” Sprinkel recalls, adding, “It’s counterintuitive.” At the same time, he hasn’t seen a corresponding drop at the retail level to benefit consumers. For the retailers, Sprinkel says it has been like “printing money.”

Complicating the demand for the region’s water is residential growth, which continues unabated in his region, seemingly indifferent to the water crunch. Given the constant presence of water scarcity in the desert southwest, Sprinkel asks, “Will there be enough long-term resource? Will anyone recognize limits to growth?”

For the moment, Sprinkel and others are closely watching the potential for this winter’s El Niño, the periodic tropical Pacific Ocean weather pattern known to produce significant and sometimes traumatic precipitation. “Everybody is banking that this El Niño is going to kick in,” he says. Road signs have been erected at appropriate points along highways connecting Ojai that say “Be Prepared,” as heavy rainfalls can suddenly wash susceptible hillsides onto flatter surfaces.

Yet, offers Sprinkel, even a wet respite from El Niño is, he believes, only a short-term fix. “Be nervous,” he says. “The drought is not going away.”

Tom Willey sees another side to California’s drought. He suggests that the state’s water shortages may “open up an opportunity for growing fruits and vegetables,” in wetter portions of the U.S. He also thinks the organic farming community is better positioned to do that. “For other regions,” he concludes, “that’s a positive lining.”

Organic California In A Nutshell 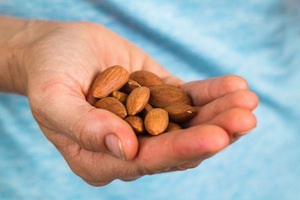 By any measure, California is the nation’s organic powerhouse, and one of the leading agricultural producers on the planet. Yet over 92% of the state is currently plagued by severe, extreme, or exceptional drought.alifornia is the top agricultural-producing state in the U.S. It also leads the nation in the highest number of organic farms, land in organic production, and organic sales. In fact, the Golden State accounts for more than 20% of all organic production in the country. As of 2012, there were 589,235 acres of land in organic production in California, managed by 2,693 growers. By 2011, California’s $1.39 billion in sales of organically produced commodities accounted for nearly 40% of the national total.

To get a sense of the implications of this crisis for the organic sector overall, consider that California produces: