What Does The Environment Have To Do With Autism?

The search for autism’s causes is a daunting task — but researchers are investigating a variety of factors that might play a role.

If you look just at the numbers, you might think autism rates are spiraling out of control. The rates seemed high enough at 1 in 150 in 2000, when public health officials started tracking a steady rise in the syndrome in the United States. And by the time estimates finally flatlined in 2012 at 1 in 68, many parents had embraced unfounded theories blaming vaccines for an autism “epidemic,” helping to fuel outbreaks of measles and other once rare diseases.

Experts, however, attribute most of the upsurge to increased awareness, better access to services, and expanded criteria to diagnose the neurodevelopmental syndrome, which is characterized by restricted interests or behaviors and problems with communication and social interactions.

Most studies have focused on genes, and suggest that hundreds of gene variants may increase risk. So-called copy number variations, which include long stretches of duplicated or deleted DNA that can alter gene expression, appear especially common in autism.

Clear evidence of autism’s genetic roots came when a 1977 study showed that identical twins, who share the exact same genome, were far more likely to also share an autism diagnosis than fraternal twins. We now know that a younger sibling of a child diagnosed with autism faces a higher risk of developing the condition than other children. But twins also share the same environment, including the womb. And that shared environment, as a 2011 study of twin pairs reported, appears to play a greater role than previously appreciated.

One way environmental factors might influence autism risk is by changing “epigenetic factors” — proteins and other molecules that affect the way genes are expressed without changing the DNA sequence. Such factors, which are critical for normal brain development, respond to diverse exposures in the environment, from endocrine disruptors to folic acid in the diet.

Scientists hope that by identifying genes or genetic profiles that increase susceptibility to specific environmental exposures they’ll be able to find ways to alleviate disabling aspects of autism. But the science is “really just beginning,” says Lisa Croen, director of the Autism Research Program at Kaiser Permanente Division of Research. What causes autism, and how environmental agents interact with genetic and epigenetic factors to increase risk, remains an open question.

Multiple factors likely interact to cause any one child’s likelihood of developing autism. And though scientists agree that genetic and environmental factors both play a role, genetics research has far outpaced work on environmental links.

“Up until 2007, we had virtually no research on what I think of as the world of environmental hazards and autism,” says Irva Hertz-Picciotto, who directs the MIND Institute Program in Environmental Epidemiology of Autism and Neurodevelopment at the University of California, Davis. Starting around 2010, she says, “suddenly everybody was studying it.”

To scientists, environmental risks include anything beyond the genome. So far they’ve investigated a potential role for air pollution, pesticides, parental age, medical conditions including infection and diabetes, prenatal care, lifestyle factors like the mother’s diet, smoking and alcohol consumption, and time between pregnancies. Results from many of these studies have been mixed. Even when a study finds an association between an environmental factor and increased risk, it doesn’t imply causation, but suggests that factor might increase risk.

In a recent review of epidemiological studies of nongenetic autism factors, researchers reported advanced parental age and preterm birth as established risk factors, and short intervals between pregnancy and prenatal exposure to air pollution as potential risk factors. They concluded that a long list of other possible environmental factors, including endocrine disruption, warrant further investigation.

Endocrine disruptors have come under scrutiny because they can interfere with hormonal pathways involved in brain development. But studies of endocrine-disrupting chemicals, including flame retardants and perfluorinated compounds, have produced conflicting results.

“There’s not a consistent evidence base yet,” says Croen.

Evidence of increased risk appears stronger for phthalates, chemicals found in diverse consumer products from cosmetics to teething rings. Yet even these results vary. “The reasons for these different findings relate to study design, methodology, how exposures are ascertained, the way people are studied, the way cases are ascertained,” Croen says. “It’s kind of messy.”

Air pollution has so far received the most scrutiny, Hertz-Picciotto says. And though air pollution contains many known neurotoxicants, there’s also a bit of a streetlight effect: that’s where the data are. Federal, state and local agencies have monitored a range of air pollutants since passage of the Clean Air Act in 1970, giving researchers a treasure trove of data to map against where pregnant women live and infer potential exposures. 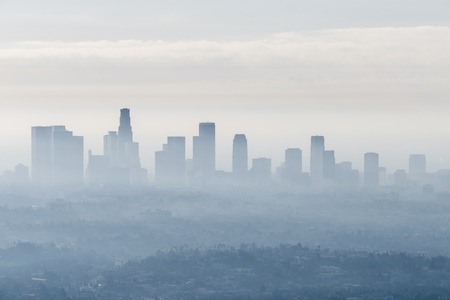 In a CHARGE study of organophosphate pesticide exposure during pregnancy, Hertz-Picciotto’s team found that women who lived within 1.5 kilometers (just less than a mile) of treated agricultural fields during their pregnancy had a 60 percent higher risk of having a child diagnosed with autism. The pesticide chlorpyrifos was associated with heightened risk during the second and third trimester.

Recent studies in mouse models developed to study autism risk factors (e.g., here and here) reported that prenatal exposure to pesticides, including chlorpyrifos, can interfere with the animals’ normal social, exploratory and vocal behaviors. Extrapolating from mice to humans is notoriously fraught, but scientists hope the models will help them screen for exposures that disrupt autism susceptibility genes and identify gene-environment interactions linked to increased risk. Scientists with the U.S. Environmental Protection Agency recommended restricting all uses of chlorpyrifos in 2015 based on evidence that the neurotoxic pesticide could place infants and children at risk. EPA administrator Scott Pruitt overturned that decision in March.

Because pregnant women living in agricultural communities can’t fully avoid pesticide exposures, researchers have looked at factors that might reduce pesticide-associated autism risks. Hertz-Picciotto’s team considered folic acid as a potential mitigating factor based on evidence that it helps buffer the toxic effects of environmental contaminants. And several studies have reported that mothers who took folic acid supplements were less likely to have children with autism than those who didn’t, though a large study found no such association.

In a paper published earlier this month, Hertz-Picciotto and her colleagues reported evidence suggesting that folic acid supplements may indeed reduce autism risk associated with pesticide exposure. For women exposed to pesticides before conception or during the first three months of pregnancy, they found, taking folic acid supplements during the first month of pregnancy appeared to reduce the likelihood of having a child diagnosed with autism. Whether the supplements truly modify the harmful effects of the pesticides remains to seen.

Still, Hertz-Picciotto says women of reproductive age should take folic acid supplements. Solid evidence shows that taking prenatal vitamins fortified with folic acid before and during the first trimester helps guard against neural tube defects, malformations of the brain and spinal cord. And genetic variations that disrupt folate metabolism are fairly common. The American Congress of Obstetricians and Gynecologists and the Eunice Kennedy Shriver National Institute of Child Health and Human Development also recommend that women take vitamins with folic acid before and during pregnancy to help protect their babies’ developing brain and nervous system.

Untangling the multiple ways that genes and environment might interact to contribute to autism has proven challenging. Genetic or epigenetic risks could lie with the child, the mother or possibly the father, all interacting in a dizzying array of combinations with exposure to environmental factors. And these interactions could go in two directions: Genetics could determine whether an exposure causes adverse effects, or an exposure could influence how the genes are expressed.

“There are a lot of different mechanisms going on here, and you need the right biologic samples to look at all the mechanisms,” Croen says. That’s exactly what the Early Autism Risk Longitudinal Investigation, a collaboration between Kaiser Permanente and three other research centers, set out to do.

EARLI aims to explore why autism tends to run in families by studying pregnant women who have a child with autism and then following their newborn children. The study design will allow them to identify potential risk factors if the new baby develops autism as well. Researchers collected biological specimens from the parents, assessed children in the clinic at key developmental windows, and visited homes to collect dust for chemical analysis. They also conducted in-depth parental surveys focusing on the mother’s diet, routines, and use of pesticides and other potentially toxic products in the home. In a 2015 paper, the project linked epigenetic changes in the father’s sperm with risk of autism in the children. The authors detected similar changes in postmortem brain tissue of people diagnosed with autism, which they say suggests such epigenetic factors may be at work in the child’s brain.

Both EARLI and CHARGE have joined a National Institutes of Health initiative called the Environmental Influences on Child Health Outcomes, or ECHO. The NIH initiative has awarded nearly US$300 million in grants since 2015 to study a wide range of children’s health conditions, including autism. This initiative aims to identify environmental factors at the earliest stages of development that could be modified to improve children’s health.

Epidemiologists hope that one day a technological breakthrough will allow them to read a person’s entire history of environmental exposures from biological specimens, just as they can determine a person’s genetic profile by genome sequencing. Until then, epidemiologists must settle for the messy tools of their trade. Still, Hertz-Picciotto remains hopeful that progress is on the horizon.

“I look back at things we’ve been studying for 20, 30, 40 years and, in some cases, there hasn’t been a whole lot more progress than we’ve had in the past 10,” she says. Hertz-Picciotto points to breast cancer researchers who now recognize that the changes leading to cancer likely start in childhood or puberty. “They’re trying to reconstruct things 30 years earlier. We’re just going back a few years.”

Liza Gross is an independent journalist and PLOS Biology editor who specializes in environmental and public health, ecology and conservation. Her work has appeared in diverse outlets, including The New York Times, The Washington Post, The Nation, Discover and KQED. twitter.com/lizabio

Making Love Primary In Your Life

COVID-19 Sparks A Rebirth Of The Local Farm Movement

Chronic Lyme Disease – Does It Exist?

Why Bats Are Ecological Superheroes

Post-midnight angst and restlessness is a product of the Aquarius Moon’s square with eccentric Uranus. The stressful alignment upsets apple carts, feelings and…

END_OF_DOCUMENT_TOKEN_TO_BE_REPLACED

Bumps and Bruises: When There's More Going On