What Is The Key To Japanese Centenarians’ Long Lives? 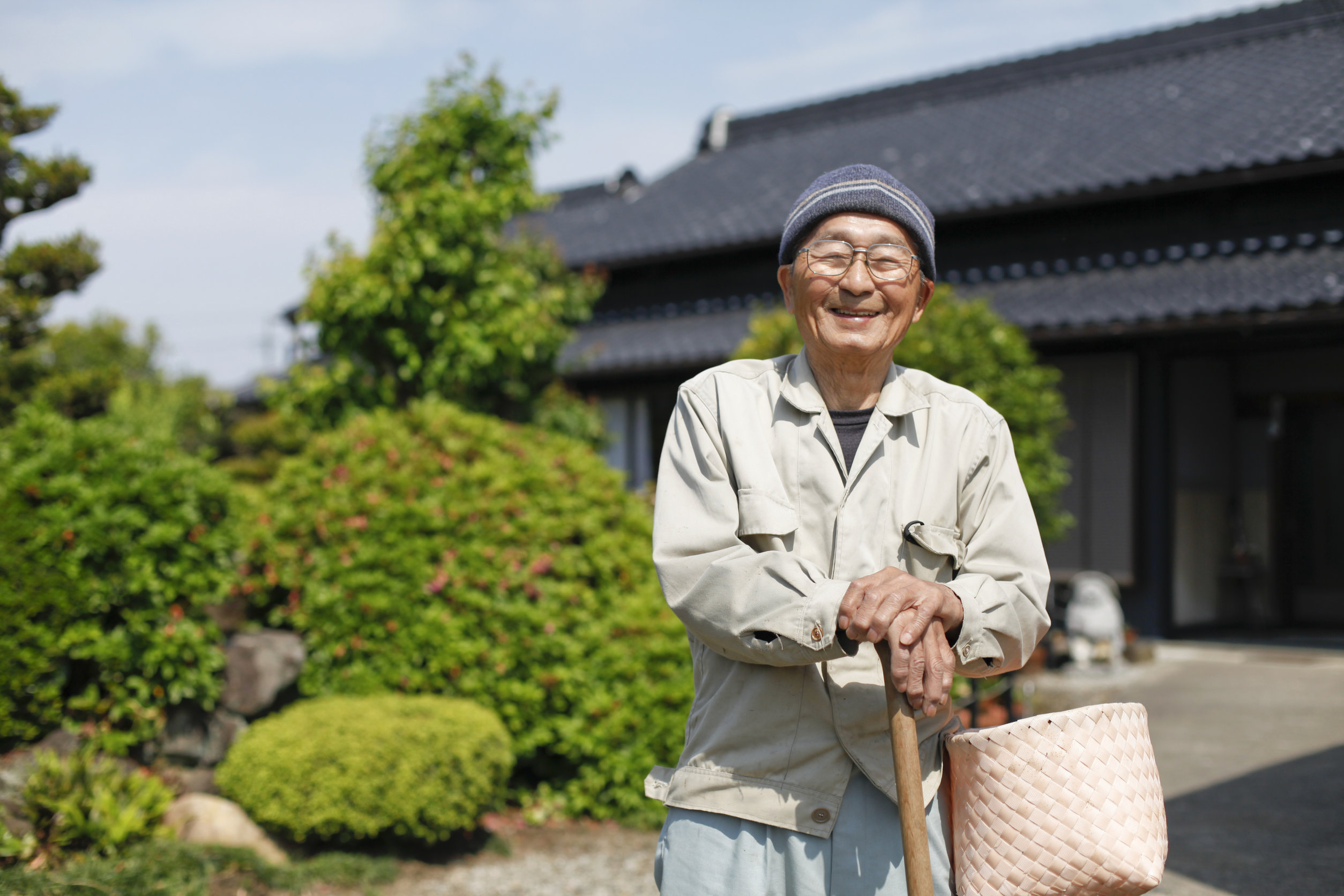 Researchers from Keio University School of Medicine in Tokyo, Japan, recently released data after studying the gut microbiome of centenarians living in Japan. What they discovered was a unique bacterium that produced a type of bile acid, which seemed to be common to most of the study participants.

People have been searching for the proverbial Fountain of Youth for centuries. Alexander the Great was said to have discovered a river of paradise in the fourth century BC. Similar legends have been told in England, Japan and Polynesia. But likely one of the most famous is that of Ponce de Leon, who received a contract from the King of England to settle an island called Bimini.

In 1513, he set sail with three ships and anchored off the eastern coast of Florida. Not long after his death he was linked with the Fountain of Youth. In his later years, author Mark Twain noted that “life would be infinitely happier if we could only be born at the age of 80 and gradually approach 18.”

Through the ages, there have always been hopes that a cure would be discovered for aging, whether it was magical waters of the Fountain of Youth or stem cell research. Yet, as I’ve written in the past years, this magical fountain is likely closer than you think.

Centenarians May Have Unique Gut Microbiome

Data from the research team in Japan were published in the journal Nature. They noted that the centenarians displayed a decreased susceptibility to illnesses associated with the elderly, namely illnesses, chronic inflammation and infectious diseases.

The researchers analyzed fecal samples from 160 centenarians living across Japan. The average age of the individuals was 107 years. They compared the gut microbiome found in the fecal samples to that of another 112 people in their 80s and to another 47 participants who were younger.

The goal was to look for differences in the gut microbiome that may help explain the differences in inflammation and chronic disease noted between the groups. The researchers began with an understanding that the gut microbiomes of centenarians likely have a higher diversity of core microbiota as found in a study of residents in Sardinia, Italy, who had lived more than 100 years.

A functional analysis of the gut microbiota in the study from Italy showed a high capacity for central metabolism and a gut microbiota that was “low in genes encoding enzymes involved in degradation of carbohydrates.”

The researchers hope that by identifying the bacterial communities that support longevity and health, it may be possible to correct imbalances that would prevent disease and improve health in other people.

It May Also Be About Bile Acids

However, it’s also important to remember that the gut microbiome is complex and sensitive. Past research has shown that changes in what you eat can rapidly alter the composition of your gut microbiome. However, as you may imagine, reaching an age over 100 is not common, so the data collected from these individuals may help identify health practices that reduce disease.

While some of the participants exhibited low levels of inflammation, ScienceAlert reports the researchers wrote that “the majority of centenarians were free of chronic diseases such as obesity, diabetes, hypertension [high blood pressure], and cancer.”

Over the course of two years as the fecal samples were collected, the type of bacterial community in the centenarians remained stable. However, the study did not look at other lifestyle factors, such as diet. On further analysis, the researchers found that the centenarians had a group of bacteria (Odoribacteraceae) that reliably produced a bile acid called isoallo-lithocholic acid (isoalloLCA).

The research team did further experiments which showed that the bile acid produced by Odoribacteraceae could inhibit the growth of Clostridium difficile (C. difficile) in a lab culture. Using an animal study, they also found the same bile-producing strain of bacteria could reduce the amount of C. difficile infected mice shed below detectable levels.

This suggested to the researchers that this strain of bacteria could help ward off an infection with C. difficile. Scientists are finding the bile acids may be a new class of intestinal hormones that do more than aid in digestion.

Research physiologist Kim Barrett from UC San Diego was not involved in the study. She believes that this work revealed more correlation than causality but also said: “It is certainly conceivable that manipulating concentrations of specific bile acids, whether microbial or by giving them directly, could exert health benefits.”

Inflammation is at the core of many negative health conditions. This includes atherosclerosis, cardiovascular disease, multimorbidity and frailty. Researchers now call it inflammaging, which is “a condition characterized by elevated levels of blood inflammatory markers that carries high susceptibility to chronic morbidity, disability, frailty, and premature death.”

Inflammation affects people of all ages. For example, adults with obesity and children with skin and respiratory allergies all struggle with high degrees of inflammation in the body. Researchers understand that aging is complex and chronic information is a pervasive feature in the elderly.

Inflammaging represents a significant mortality and morbidity risk factor and even low-grade inflammation observed in aging can result in dysregulation of the innate immune system and cell death.

At the same time, cortisol sensitivity goes down, which is important as it is a stress hormone that buffers against inflammation. Together, these inflammatory agents transfer information to your nervous system, typically by stimulating your vagus nerve, which connects your gut and brain.

Prebiotic And Probiotic Foods Can Help Nourish Your Gut

Prebiotic foods are the nutrients beneficial bacteria need to thrive. They are found primarily in fiber-rich foods, which is perfect because your gut bacteria thrive on indigestible fiber. In animal research, data showed dietary prebiotics had a significant effect on rapid eye movement (REM) and non-rapid eye movement (nonREM) sleep cycles.

This may positively affect your sleep quality. Researchers studying the effect of probiotics on gut health and REM sleep found that the animals who ate the prebiotics had an increase in beneficial gut bacteria and excreted metabolites beneficial to brain health.

Prebiotic foods include those high in indigestible fiber, such as asparagus, cashews, fennel bulb, leeks and snow peas. Although I highly recommend getting most of your nutrients from real food, probiotic supplements can be helpful when you’re unable to eat fermented foods.

For probiotics to do their job, you also need to optimize the conditions where they flourish, which means eating plenty of prebiotic foods. In other words, if you take a probiotic supplement and continue to eat a highly processed diet with added sugars, you’re only feeding the potentially pathogenic bacteria in your gut since they love sugar.

On the other hand, pathogenic microbes do not thrive in the presence of fiber rich foods or those with healthy fats, proteins and complex carbohydrates. When the gut microbiome is unbalanced, it can affect the immune system, mental health, mood and even brain function. In other words, it can raise the level of chronic inflammation in your body and speed the aging process.

Following are several key dietary components that will help you nourish your gut microbiome, thereby protecting yourself against a whole host of chronic diseases:

Eliminate sugars and processed foods from your diet, as sugar feeds microbes known to have a negative influence on your health.

Implement a cyclical ketogenic diet. While nutritional ketosis will initially improve your gut microbiome, thanks to the elimination of excess sugars, in the long term, continuous ketosis may be problematic. To optimize your gut health, be sure to eat lots of fiber-rich vegetables and implement a cyclical ketogenic diet, where once or twice a week you increase the amount of net carbs (total carbohydrates minus fiber).

Eat plenty of fiber-rich foods/prebiotics. There are two main types of dietary fiber: soluble and insoluble. Ideally, you need both on a regular basis. Soluble fiber, found in cucumbers, blueberries, beans and nuts, dissolves into a gel-like texture, helping to slow down your digestion.

Insoluble fiber, found in foods like dark green leafy vegetables, green beans, celery and carrots, does not dissolve and stays basically intact as it moves through your colon. By adding bulk to your stool, it helps food to move through your digestive tract more quickly for healthy elimination.

Prebiotics are found primarily in fiber-rich foods, which is perfect because your good gut bacteria thrive on indigestible fiber. Inulin is one type of water-soluble fiber found in asparagus, garlic, leeks and onions that helps nourish your beneficial gut bacteria.

Consider a spore-based probiotic supplement, especially when taking a course of antibiotics. Sporebiotics are part of a group of derivatives of the microbe called bacillus. This genus has hundreds of subspecies, the most important of which is Bacillus subtilis.

Essentially, sporebiotics consist of the cell wall of bacillus spores, and they are a primary tool to boost your immune tolerance. Because sporebiotics do not contain any live Bacillus strains, only its spores — the protective shell around the DNA and the working mechanism of that DNA — they are unaffected by antibiotics.

Antibiotics indiscriminately kill your gut bacteria, both good and bad, which is why secondary infections and lowered immune function are common side effects of taking antibiotics.

Chronic low-dose exposure to antibiotics through your food also takes a toll on your gut microbiome, which can result in chronic ill health and increased risk of drug resistance. Since they’re not destroyed by antibiotics, sporebiotics can more effectively help re-establish your gut microbiome.

This article was brought to you by Dr. Mercola, a New York Times bestselling author. You can view his entire Censored Library of 25 years of health information by subscription through Substack, an information sharing platform.