In today’s world, loneliness seems to have reached epidemic proportions. Countless studies have highlighted the serious and negative impact that loneliness has on our health, our sense of well-being, and our ability to thrive in an increasingly chaotic world. Most recently, the urgency of the problem led the U.K. to appoint a minister for loneliness. Here in the U.S., winter is a particularly lonely time for elderly Americans.

But loneliness (feeling alone) and solitude (being alone) are not the same thing. And lessons can be learned from those who have found solitude essential for inspiration.

In Praise Of Solitude

Solitude – being alone – has long been praised as a necessary condition for creativity. Author Virginia Woolf, in her book “A Room of One’s Own,” offered an extended meditation on the writer’s need for solitude. So did many poets. In their writings, May Sarton (“alone one is never lonely”) and William Wordsworth (“the bliss of solitude”) were especially eloquent in their praise of solitude. Poet Marianne Moore has even argued that “the cure for loneliness is solitude.” 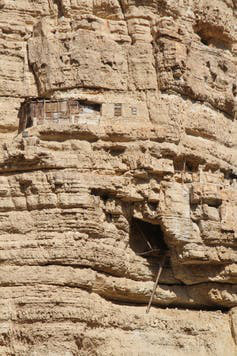 My research on the history of religious hermits shows that there have long been individuals who seek solitude in remote and silent places, and there are many lessons to be learned from them. The etymological history of the word “hermit” is itself telling: “Hermit” comes from an ancient Greek word, “eremos,” that means both a desolate and lonely place and a state of being alone.

Hermits exist in many of the world’s major religious traditions: They are individuals who choose temporary or permanent solitude in remote and isolated locations, such as mountains, caves and deserts. These locations are frequently depicted as sites for revelation and transformation.

The emergence of hermits in early Christianity is particularly striking.

When early Christians read their Bible, they found the word eremos referring to places for important events: the stories of the Israelites wandering in the wilderness for forty years, how Jesus went to a “lonely place” to pray, or how he was tempted by the devil in the desert. These stories evoked images of remote landscapes that most Christians never visited.

In the fourth century, however, a monastic movement emerged in Egypt, as some Christians began to withdraw permanently into “the desert.” The harshness of a dry and barren landscape suited Christians eager to pursue an ascetic life. 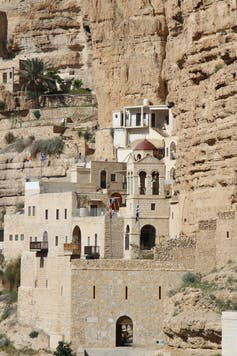 A common theme in stories about early Christian desert hermits is a desire to leave the distractions of urban life and live a precarious existence in isolation in order to achieve holiness.

The most famous Christian hermit was Antony, whose story was told by Athanasius, the fourth-century bishop of Alexandria. As Athanasius tells it, Antony one day heard a passage from the Gospel of Matthew in his church:

“If you want to be perfect, go, sell all your possessions and give to the poor, and come follow me, and you will have treasure in heaven.” (Matthew 19:21)

He felt the passage had spoken to him directly.

Antony sold his property and departed for the desert. The story of Antony’s withdrawal into the desert became an example for later Christians eager to pursue solitude and contemplation. Athanasius says that, in spite of his quest for solitude, the desert “was made a city” by visitors to Antony’s hermitage and by monks who wished to emulate him. Antony needed to move into more and more remote areas to find the isolation he was seeking. 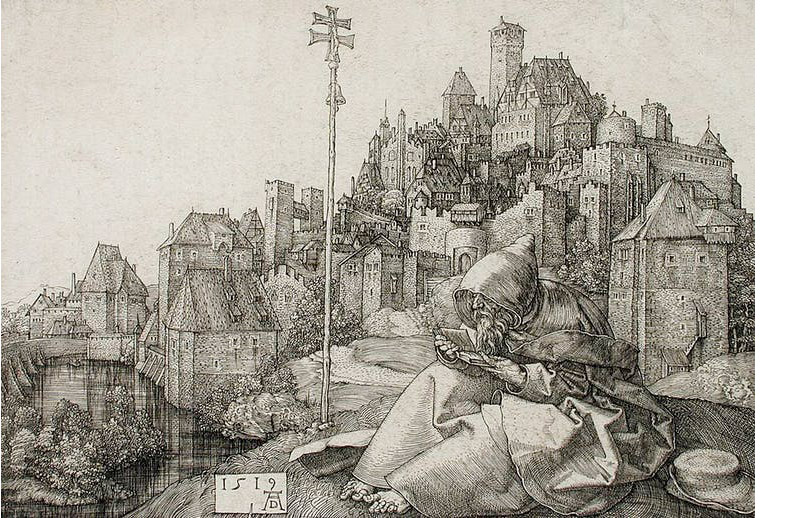 The Joy Of Loneliness

Eventually, forms of monasticism developed that embraced both the solitary and the communal: Monasteries developed around communities of monks in the mountains and canyons of Egypt, Sinai and Palestine. Nearby caves served as hermitages.

This way of life was in keeping with what many Christians believed – that suffering was necessary for salvation. They praised the hermits who rejected the comforts of city and adopted the communal life. To them, the hermits were models of holiness and, paradoxically, happiness.

Loneliness was transformed into joy. Athansius describes Antony’s face as “radiant” after a long period of isolation.

The lives of hermits may seem distant from our busy contemporary lives. But the romantic appeal of an unencumbered and undistracted life has not disappeared. Hermits in the 21st century come from all walks of life, religious and secular, but share with those from the past a longing for quiet solitude and simplicity.

Could the wisdom of artists, poets, and religious hermits offer comfort in a time of loneliness today?

Kim Haines-Eitzen (Ph.D., University of North Carolina, Chapel Hill, 1997) is the H. Stanley Krusen Professor of World Religions and Director of the Religious Studies Program at Cornell University. She holds joint appointments in the Departments of Near Eastern Studies and Classics. Her first book Guardians of Letters: Literacy, Power and the Transmitters of Early Christian Literature (Oxford University Press, 2000) is a social history of the scribes who copied Christian texts during the second and third centuries. Her most recent book, The Gendered Palimpsest: Women, Writing, and Representation in Early Christianity, deals with the intersection of gender and text transmission (Oxford University Press, 2012). Currently, she is working on a new project, entitled A Sacred and Sonorous Desert in Late Antiquity, which focuses on the desert monastic literature of late antiquity and its attention to sensory landscapes, especially the acoustic dimensions of the desert environment.

See also:
Finding Solitude In An Era Of Perpetual Contact
Back to Walden