What Would It Mean To Codify Roe Into Law – And Is There Any Chance Of That Happening? 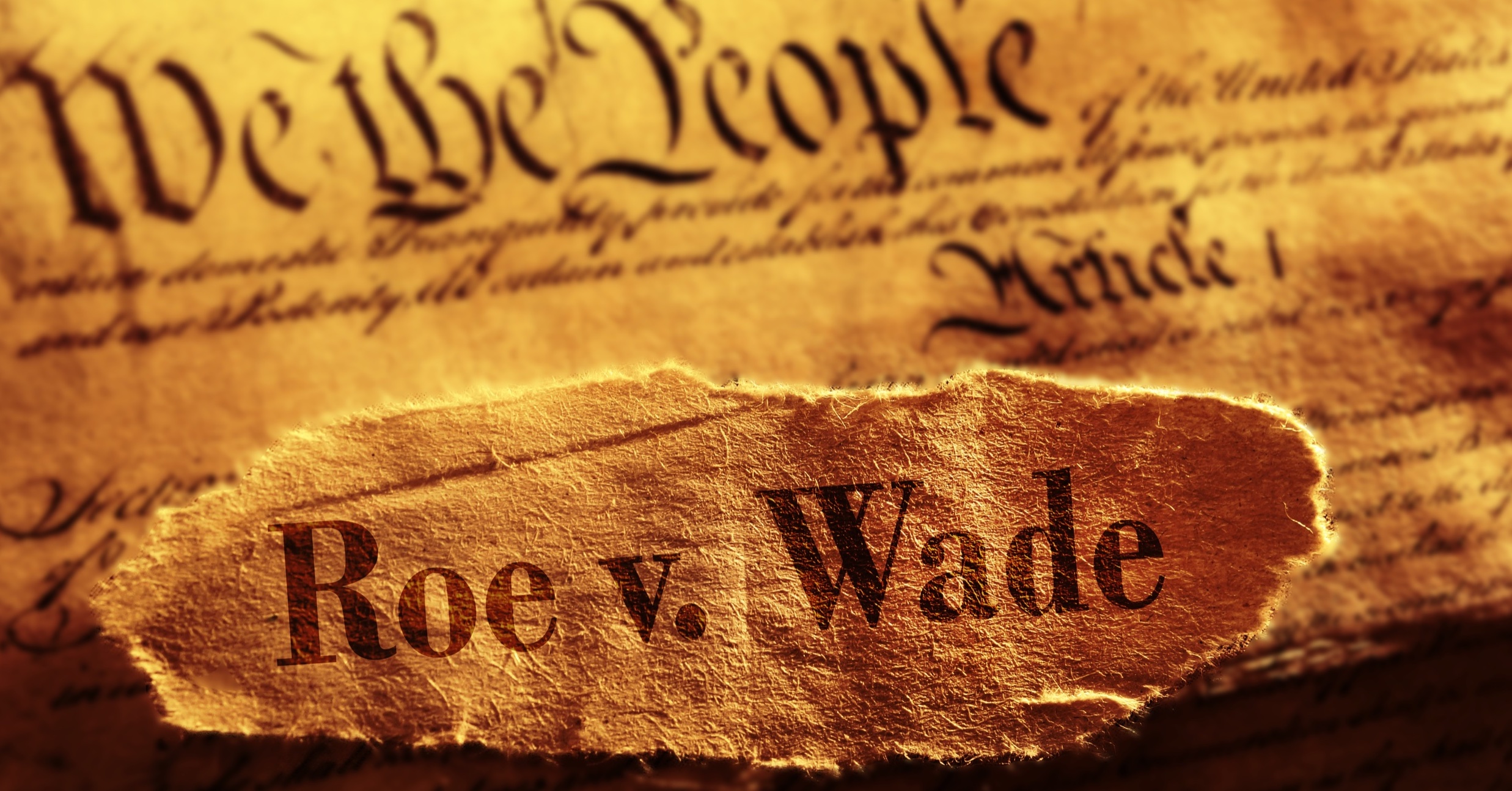 Abortion rights advocates are looking for alternative ways to protect a woman’s right to the procedure following the Supreme Court’s decision to overturn Roe v. Wade.

Responding to the ruling by the majority conservative justices, President Joe Biden called on lawmakers to act. “Let me be very clear and unambiguous: The only way we can secure a woman’s right to choose and the balance that existed is for Congress to restore the protections of Roe v. Wade as federal law,” he said.

But is enshrining abortion rights in legislation feasible? And why has it not been done before? The Conversation put these questions and others to Linda C. McClain, an expert on civil rights law and feminist legal theory at Boston University School of Law.

What Does It Mean To ‘Codify’ Roe V. Wade?

In simple terms, to codify something means to enshrine a right or a rule into a formal systematic code. It could be done through an act of Congress in the form of a federal law. Similarly, state legislatures can codify rights by enacting laws. To codify Roe for all Americans, Congress would need to pass a law that would provide the same protections that Roe did – so a law that says women have a right to abortion without excessive government restrictions. It would be binding for all states.

But here’s the twist: Despite some politicians saying that they want to “codify Roe,” Congress isn’t looking to enshrine Roe in law. That’s because Roe v. Wade hasn’t been in place since 1992. The Supreme Court’s Planned Parenthood. v. Casey ruling – which was also overturned in the latest ruling on abortion, Dobbs v. Jackson Women’s Health Organization – affirmed it, but also modified it in significant ways.

In Casey, the court upheld Roe’s holding that a woman has the right to choose to terminate a pregnancy up to the point of fetal viability and that states could restrict abortion after that point, subject to exceptions to protect the life or health of the pregnant woman. But the Casey court concluded that Roe too severely limited state regulation prior to fetal viability and held that states could impose restrictions on abortion throughout pregnancy to protect potential life as well as to protect maternal health – including during the first trimester.

Casey also introduced the “undue burden” test, which prevented states from imposing restrictions that had the purpose or effect of placing unnecessary barriers on women seeking to end a pregnancy prior to viability of the fetus. The Dobbs ruling replaces the “undue burden” test with the much weaker “rational basis” test for judicial review. Going forward, state restrictions on abortion must receive a “strong presumption of validity” and courts must uphold them as long as there is a “rational basis” for the legislature thinking that those laws advance “legitimate state interests.”

What Is The Women’s Health Protection Act?

Recent efforts to pass federal legislation protecting the right to abortion center on the proposed Women’s Health Protection Act, introduced in Congress by U.S. Rep. Judy Chu and sponsored by Sen. Richard Blumenthal in 2021. It was passed in the House, but is blocked in the Senate.

The proposed legislation was built around the undue burden principle of the now overturned Casey ruling. It sought to prevent states from imposing unfair restrictions on abortion providers such as insisting a clinic’s doorway is wide enough for surgical gurneys to pass through, or that abortion practitioners need to have admitting privileges at nearby hospitals.

The Women’s Health Protection Act used the language of the Casey ruling in saying that these so-called TRAP (Targeted Regulation of Abortion Providers) laws place an “undue burden” on people seeking an abortion. It also appealed to Casey’s recognition that “the ability of women to participate equally in the economic and social life of the Nation has been facilitated by their ability to control their reproductive lives.”

Has The Right To Abortion Ever Been Guaranteed By Federal Legislation?

You have to remember that Roe was very controversial from the outset. At the time of the ruling in 1973, most states had restrictive abortion laws. Up to the late 1960s, a majority of Americans opposed abortion. A poll at the time of Roe found the public evenly split over legalization.

Under the U.S. system, certain liberties are seen as so fundamental that protecting them should not be left to the whims of changing democratic majorities. Consider something like interracial marriage. Before the Supreme Court ruled in Loving v. Virginia State that banning interracial marriages was unconstitutional, a number of states still banned such unions.

Why couldn’t they pass a law in Congress protecting the right to marry? It would have been difficult because at the time, the majority of people were against the idea of interracial marriage.

When you don’t have sufficient public support for something – particularly if it is unpopular or affects a non-majority group – appealing to the Constitution seems to be the better way to protect a right.

That doesn’t mean you can’t also protect that right through a statute, just that it is harder. Also, there is no guarantee that legislation passed by any one Congress isn’t then repealed by lawmakers later on.

So Generally, Rights Have More Enduring Protection If The Supreme Court Rules On Them?

The Supreme Court has the final word on what is and isn’t protected by the Constitution. In the past, it has been seen as sufficient to protect a constitutional right to get a ruling from the justices recognizing that right.

But the opinion in the Dobbs case which overturned Roe and Casey also points out that one limit of that protection is that the Supreme Court may overrule its own precedents.

Historically, it is unusual for the Supreme Court to take a right away. Yes, they said the Plessy v. Ferguson ruling – which set up the legal basis for separate-but-equal – was wrong, and overruled it in Brown v. Board of Education. But Brown recognized rights; it didn’t take rights away.

Moreover, the majority opinion penned by Samuel Alito is dismissive of the idea that women have to rely on constitutional protection. “Women are not without electoral or political power,” Alito wrote, adding: “The percentage of women who register to vote and cast ballots is consistently higher than the percentage of men who do so.”

But this ignores the fact that women rarely make up close to half of the members of most state legislative bodies. Moreover, as Justices Stephen Breyer, Elena Kagan and Sonia Sotomayor countered in their dissent, the point of constitutional rights is that they “should put some issues off limits to majority rule.”

So Are Attempts To Get Congress To Protect Abortion Rights Realistic?

Republicans in the Senate successfully blocked the proposed Women’s Health Protection Act. And unless things change dramatically in Congress, there isn’t much chance of the bill becoming law.

There has been talk of trying to end the filibuster rule, which requires 60 votes in the Senate to pass legislation. But even then, the 50 votes that would be needed might not be there.

What we don’t know is how this Supreme Court decision will affect the calculus. Republican senators Susan Collins and Lisa Murkowski introduced legislation earlier this year that would codify Roe in law, but that bill isn’t as expansive as the Women’s Health Protection Act. It too failed.

And then there are the midterm elections in November, which might shake up who’s in Congress. If the Democrats lose the House or fail to pick up seats in the Senate, the chances of pushing through any legislation protecting abortion rights would appear very slim. Democrats will be hoping that the Supreme Court ruling will mobilize pro-abortion rights voters. Indeed, in his remarks on the Supreme Court decision, Biden made clear that Roe is now on the ballot.

What Is Going On At A State Level?

Liberal states like Massachusetts have passed laws that codify Roe v. Wade. Now that the Supreme Court’s decision is out, expect similar moves elsewhere. Other states are going a step further by protecting residents who help out-of-state women seeking abortion. Such laws would seemingly counter moves by states like Missouri, which is seeking to push through legislation that would criminalize helping women who go out of state for abortions.

The dissent anticipates a host of such state efforts in the wake of Dobbs. In his concurrence, Justice Brett Kavanaugh raised the question of whether, in light of Dobbs, a state may “bar a resident of that state from traveling to another state to obtain an abortion.” He said the answer would be “no,” based on the constitutional right to “interstate travel.” But whether states will feel constrained from trying these and other measures to restrict out-of-state abortion care for their residents is another question.

Wouldn’t Any Federal Law Just Be Challenged At The Supreme Court?

Should Congress be able to pass a law enshrining the right to abortion for all Americans, then surely some conservative states will seek to overturn the law, saying that the federal government is exceeding its authority.

If it were to go up to the Supreme Court, then conservative justices would presumably look unfavorably on any attempt to limit individual states’ rights when it comes to abortion. After all, Dobbs repeatedly asserts that Roe and Casey erred by removing the abortion issue from the states. Similarly, any attempt to put in place a federal law that would restrict abortion for all would seemingly conflict with the Supreme Court’s position that it should be left to the states to decide. That said, the dissenters warned that there was nothing in the Dobbs majority opinion that limited passing federal legislation to restrict or ban abortion throughout the United States.

Linda C. McClain is known for her work in family law, gender and law, and feminist legal theory. Her most recent book, Who’s the Bigot? Learning from Conflicts over Marriage and Civil Rights Law (Oxford University Press, 2020), argues that, although denouncing and preventing bigotry is a shared political value with a long history, people disagree over who is a bigot and what makes a belief, attitude, or action bigoted.

Find local holistic Classes and Workshops in the Spirit of Change online directory.