What’s The Point Of Holiday Gifts?

The joy of giving a gift lasts longer than the fleeting pleasure of accepting it. 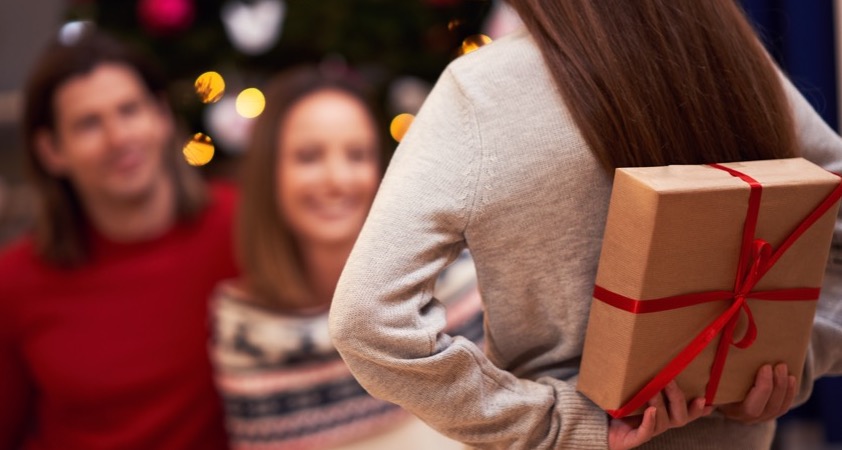 Whether it’s the dread of a trip to an overcrowded shopping mall, the challenge of picking out the right gifts, the frustration over delivery delays or the hit to the wallet, shopping for holiday gifts can be stressful.

What’s the point of it all? Shouldn’t the holiday season simply be about family, friends and food? And wouldn’t everyone just be better off spending their own money on things they know they want?

Gift exchanges may seem wasteful and impractical. But as social scientific research reveals, the costs and benefits of gift-giving aren’t what they seem.

During his fieldwork in Papua New Guinea, anthropologist Bronislaw Malinowski documented an elaborate tradition practiced by the Massim people. These island communities maintained a complex ceremonial exchange system that revolved around the gifting of shell necklaces and shell armbands. Each gift first passed between individuals and then traveled between islands in a circle that became known as the “Kula ring.”

These artifacts had no practical utility or commercial value. In fact, selling them was strictly forbidden by custom. And since the objects were always on the move, their owners rarely wore them. Nonetheless, the Massim took long journeys to exchange them, risking life and limb as they navigated the treacherous waters of the Pacific Ocean in their wobbly canoes.

This hardly seems like an efficient use of time and resources. But anthropologists realized that the Kula was instrumental in cultivating human connection.

Individually, these gifts were not really free; they came with the expectation of repayment in the future. But on the whole, they served to create a cycle of mutual responsibilities, resulting in a network of reciprocal relationships encompassing the entire community.

Similar exchanges exist in societies around the world. In many parts of Asia, gift-giving is an integral part of corporate culture. Just like for the Massim, those symbolic gifts facilitate business relations.

In much of the Western world, one of the most familiar contexts is the custom of exchanging holiday presents. On occasions such as Christmas, Hanukkah or Kwanzaa, many families spend considerable time, effort and money on buying presents for their loved ones.

Looking at it through the lens of cold logic, the practice seems wasteful. Everyone has to pay for someone else’s stuff. Some gifts end up going unused or returned. If no one gave presents, everyone might be better off spending their money and time according to their own needs and desires.

Studies show that spending money on others feels better than splurging on ourselves. In fact, neuroscientists have found that making a donation makes the brain’s reward circuitry light up more than receiving a gift. Moreover, the joy of giving a gift lasts longer than the fleeting pleasure of accepting it.

By exchanging presents, we can double-dip, spreading feelings of gratitude all around. Besides, as families and friends know one another’s tastes, preferences and needs, chances are that most people will end up receiving what they wanted in the first place, with the added bonus of bringing everyone closer together.

Ritualized sharing occurs not only within but also between families. Think of birthday parties, weddings or baby showers. Guests are expected to bring a present, often of significant value. Both they and their hosts often keep track of the value of those presents, and receivers are expected to reciprocate with a gift of similar value when the opportunity presents itself in the future.

This exchange serves multiple functions. For the hosts, it provides material support, often during challenging transitional periods such as starting a new family. And for guests, it is like investing money into a fund, to be used when their time comes to become hosts. Moreover, the gifts help raise the symbolic status of the givers along with that of the receiver, who is in position to organize a lavish ceremony partly or wholly funded by the guests. Most importantly, these exchanges help build a network of ritual bonds between families.

Similar practices even extend to politics: When diplomats or leaders visit a foreign country, it is customary to exchange presents. French officials often hand out bottles of wine, while Italian leaders are known to give fashionable ties.

From the shells exchanged by Pacific islanders to the toys and sweaters placed under Christmas trees, sharing has always been at the center of many ritual traditions. This is fundamentally different from other forms of material exchange, like trade or barter.

This speaks to a more general rule of ceremonial actions: they are not what they appear to be. Unlike ordinary behaviors, ritual actions are nonutilitarian. It is this very lack of obvious utility that makes them special.

Dimitris Xygalatas is an anthropologist and cognitive scientist who studies some of the things that make us human. Most of his work has focused on rituals and their ability to soothe, excite, unite and divide us. His latest book on the topic is “Ritual: How Seemingly Senseless Acts Make Life Worth Living.”