Why Bullying Needs More Efforts To Stop It

The tragic consequences of bullying have become a regular part of the news cycle. In April, an eighth grade girl in Missouri and a sixth grade boy in Pennsylvania committed suicide. Bullying was an important factor, according to their families.

While such devastating cases understandably draw the most attention, they risk leaving the impression that bullying is an issue only in severe cases. In fact, bullying is pervasive and often causes harm. As awareness spreads that bullying is not just a childhood rite of passage but a significant public health issue, the demand for action has increased.

A breadth of actors, from federal agencies to state legislatures to schools, are grappling with how to address the problem. And now a new report by the National Academies of Sciences, Engineering, and Medicine – a leading independent research organization – provides critical insights into bullying’s consequences and what is needed for an effective response. I served on this study committee.

Contrary to traditional views of bullying as mere child’s play, research shows that bullying has significant short- and long-term adverse consequences for targets, perpetrators and others who witness bullying.

The impact can be felt for years. In many cases, the mental health consequences of bullying persist into adulthood.

Children who are bullied are more likely to suffer a variety of psychological disorders, including depression and anxiety. They are more likely to contemplate or attempt suicide, though as the Academies report explains, “there is not enough evidence to date to conclude that bullying is a causal factor for youth suicides.” Youth who are bullied also report various physical symptoms, including headaches, sleep disturbances and stomach pain.

The report also found that children who are both perpetrators and targets of bullying “appear to be at greatest risk for poor psychosocial outcomes, compared to those who only bully or are only bullied and to those who are not bullied.” These children may show mental health-related symptoms such as depression, anxiety and withdrawal. They may also show behavior-related symptoms, such as anger and aggression.

While the Academies report found that more research is needed, it also identified a number of ways to advance anti-bullying efforts.

In the past 15 years, all 50 states and the District of Columbia have adopted or revised anti-bullying laws. While this legislative action is promising, few studies have measured the actual impact of anti-bullying laws and policies.

Law has played a key role in responding to many public health issues, from infectious diseases to road safety to tobacco use. To ensure it does the same for bullying prevention, a process for continually assessing and refining anti-bullying laws and policies is needed, according to the Academies report.

Among other things, the Academies report calls for an annual meeting among policymakers, social scientists and professionals who work with children to review research that assesses the implementation and effect of anti-bullying laws and policies. The aim is to develop better evidence and ensure that research informs decisions Congress and the state legislatures make to address bullying.

Research shows that many school administrators and teachers continue to have trouble identifying bullying and intervening successfully.

An essential step to identification of bullying is training for teachers and others who work with children and adolescents. As the Academies report recommends, “evidence-informed bullying prevention training [should be provided] for individuals, both professionals and volunteers, who work directly with children and adolescents on a regular basis.”

The report notes that such training programs must be ongoing and evaluated to ensure that professionals and volunteers who work with youth can effectively identify bullying and intervene appropriately. 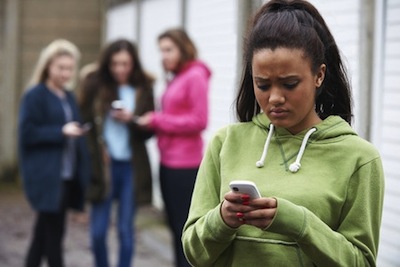 Another critical component of this issue is cyberbullying, given the prominence of social media in the lives of children and adolescents.

In some respects, the online world can be viewed as simply another locale where bullying occurs. But it also presents unique challenges. The 24/7 nature of social media may make a victim of bullying feel it is impossible to escape bullying behavior. It also can blur the line between what happens on- versus off-school campuses. As policymakers and schools consider how best to address cyberbullying, technology companies are uniquely positioned to play a role.

So long as bullying persists, and children are hurt, we are not doing enough.

We need more research to address gaps in our understanding of bullying and its consequences. And we must ensure that our responses are based on proven effective programs.

From policymakers to parents, tech companies to teachers, we all have a role to play in preventing bullying and ensuring safe environments for children. Building upon evidence-based research can ensure that we are not just responding to bullying, but that we are responding effectively.

Jonathan Todres is Professor of Law at Georgia State University College of Law. His research centers on children’s rights and child well-being. He has authored numerous publications on child trafficking and related forms of exploitation, implementation of children’s rights law, economic and social rights, and legal and cultural constructs of childhood.