Why Do We Love To Hate And Hate To Love Meat? 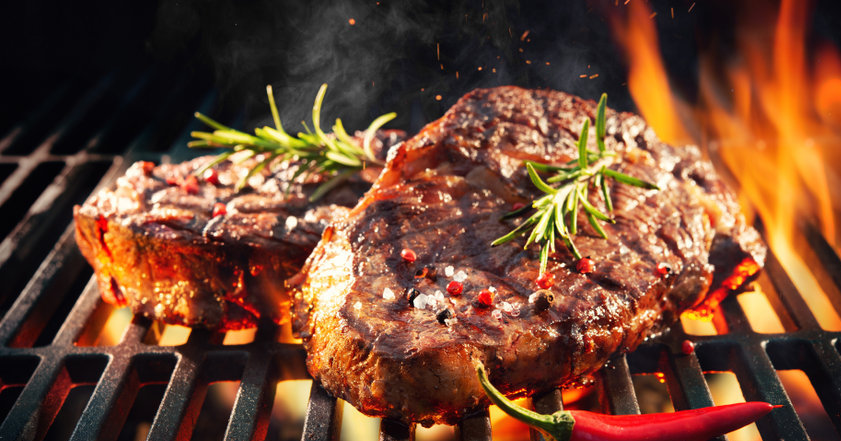 When was the last time you ate meat? Today? This week? Ten years ago? Never? Have you ever had an argument about meat consumption with someone, whether it was over environmental impact or the ethics of eating animals? Are you confused when it comes to the conflicting information on meat’s health implications? Do you feel guilty eating meat but still continue to do so?

From the controversial carnivore diet to plant-based “meat” and lab grown meat, meat is everywhere.

Many of us consume, or used to consume meat — except those who were raised plant-based because of family or culture. Even those of us who follow a plant-based diet might still eat plant-based meat to enjoy the that familiar, meaty taste.

Science journalist Marta Zaraska refers to this centrality of meat in diets as “meathooked.”

Afterall, meat is one of the oldest items of consumption, with records of early humans butchering animals around 2.6 million years ago. And ever since, it has become part of family rituals, spiritual celebrations and social gatherings. Meat ties us together but not without objections and contradictions.

How did meat become so contested? Why do we hate to love it and love to hate it?

As marketing researchers, we recently delved deeper into the root of these contradictions and found that meat has been at the centre of controversies around morality, ecology, gender, class and health since the 14th century in the Global North.

Meat: At The Centre Of The Gender Divide

Despite the stereotype of meat being the domain of men, a recent discovery of a female body found with hunting tools at a 9,000-year-old burial site  suggests society might be wrong about its assumptions about who hunts for food.

Yet, meat is culturally shaped as a gendered product, and this is a division seen both in its production and consumption.

Gender stereotypes about hunting and butchering are prevalent to the extent that they shape professional aspirations for women, creating a lack of representation with only a few women choosing meat-centric professions. Men are also subject to gendered expectations about eating meat to uphold masculinity.

Think about meat-focused shows like Epic Meal Time and how they perpetuate a hyper-masculine gender performance. This portrayal helps illuminate why plant-based diets are seen as less manly, and why some men resist plant-based food.

Meat Reflects Who Has Power And Money

The consumption of meat, both in quantity and quality, has marked the symbolic divisions across social classes since Medieval times. As author Maguelonne Toussaint-Samat describes in her book History of Food, nobles and the elite consumed better cuts of meat, rarer meat that we no longer consider food (like swans), and specific parts of the animal (like the eyes) — until the 16th century, they were considered gastronomical delicacies.

On the other hand the working class consumed lower quality meat with less variety and frequency. However slaughterhouses and factory farming helped meat become more accessible to the masses. The quantity of meat consumed was no longer a reflection of social class, but rather its quality.

More recently, factory farming has sparked discussions around the ethics and sustainability of meat production as well as its ecological impact.

Mass meat production destroys natural habitats and biodiversity, it is exploitative and objectifying to both animals and workers and affects the quality of rural life.

A future that includes less meat is a sentiment shared by animal activists, governments and even the United Nations as part of their strategy towards a more meatless society. But many might think this is not a realistic goal, because, after all, we are meathooked.

Rethinking A World Without Meat

Meat has been a marker of class and gender divides and has sparked scientific revolutions, but data shows people aren’t letting meat go.

While ideal meatless meat is expected to look, taste and feel like meat, scientists aren’t sure if it can replace meat and solve our problems. And the deeply entrenched cultural contradictions and conflicts associated with meat will continue to shape our controversial relations with it, the symbols it represents and the moral discussions around it.

For these reasons, meat — and its substitutes — will continue to be loved and hated. We can imagine a meatless future, but we might not be able to escape the cultural baggage brought by meat’s past.

Aya Aboelenien is an Assistant Professor of Marketing, HEC Montréal.