Why I’m Being Censored by Spotify 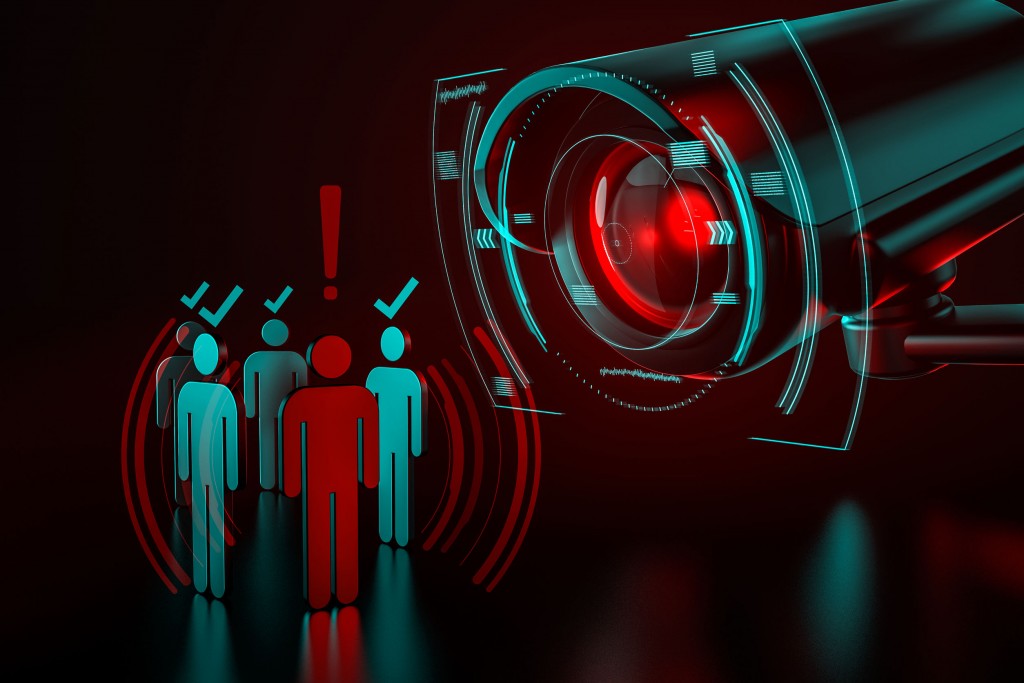 In April 2021, Spotify removed my Take Control of Your Health podcast, citing their rules about “prohibited content.”1The takedown notification stated my podcast was in violation of their content policies, which include a prohibition of infringing content, illegal content and hate content, none of which apply, but the entire channel was taken down anyway, without recourse.

It’s ironic that, in May 2020, Joe Rogan signed an exclusivity contract with Spotify for his Joe Rogan Experience Podcast, which caused shares of Spotify to jump more than 10%.2 Rogan received $100 million for the deal; however, he said the move away from YouTube was intentional to fight back against their censorship — and particularly YouTube’s decision to block differing opinions on COVID-19, as he wanted to interview a variety of doctors and experts about it.

Spotify is now doing the same thing. My interviews about coronavirus with Brian Hoyer and Judy Mikovits, Ph.D., for instance, were removed in 2020, so it’s clearly not a platform for free expression, nor is it living up to Rogan’s expectation of nonbias. Spotify is, in fact, slowly eating away at Rogan’s valuable library that they paid heftily for; as of April 13, 2021, 42 episodes had been quietly removed.3

In the current climate, if you are not compliant about blindly promoting mandatory vaccinations and their safety, you will be silenced. Again, Spotify removed my entire channel, including such “infringing, illegal and hate” related topics as the health benefits of gratitude and benefits of magnesium.

Past Arbitration With Spotify Was Useless

In the past, my team challenged Spotify in arbitration after they removed a couple of my episodes, including one on the topic of electromagnetic fields (EMFs). They made specific statements about why certain content could be removed, and the episodes did not fall under any of those categories.

The judge at arbitration, however, said Spotify’s terms of service allowed them to remove anything, for any reason, so there was nothing we could do. We may have been one of the only ones in history to have challenged Spotify on arbitration, as they’ve since updated their terms of service and changed arbitration so that it must take place in New York.

They’ve changed all their policy on this and have continued to blatantly censor content with no explanation other than a vague “violation” of their terms of service. This really has more to do with external forces than anything related to the content itself.

Digital dictatorship is escalating, and people are increasingly being conditioned to think it’s not only necessary for “misinformation” to be removed but that it’s the obligation of these essential information carriers to do so.

Spotify, a Swedish audio streaming and media services provider, and others like it are essentially monopolies, acting as carriers of information; everything is essentially imported, but it’s not a given that you’ll have access to it all. Instead, these companies can go after any type of information.

Whether it’s in written or spoken form like a podcast, it won’t matter if it’s considered to be noncompliant — something that’s important to consider in terms of how this will play out for the freedom of speech.

Where Is the ACLU Today?

In 2018, the American Civil Liberties Union (ACLU), a nonprofit founded in 1920 to act as the nation’s guardian of liberty,4 was adamant that social media giants like Facebook shouldn’t censor speech, even if it’s considered offensive.5

At the time, Facebook had announced a policy to remove misinformation that contributes to violence, but refused to censor all offensive speech. Vera Eidelman, staff attorney with ACLU’s Speech, Privacy and Technology Project, wrote:

“Given Facebook’s nearly unparalleled status as a forum for political speech and debate, it should not take down anything but unlawful speech, like incitement to violence. Otherwise, in attempting to apply more amorphous concepts not already defined in law, Facebook will often get it wrong.

Given the enormous amount of speech uploaded every day to Facebook’s platform, attempting to filter out “bad” speech is a nearly impossible task. The use of algorithms and other artificial intelligence to try to deal with the volume is only likely to exacerbate the problem.

… If Facebook gives itself broader censorship powers, it will inevitably take down important speech and silence already marginalized voices … Facebook has shown us that it does a bad job of moderating “hateful” or “offensive” posts, even when its intentions are good.

Facebook will do no better at serving as the arbiter of truth versus misinformation, and we should remain wary of its power to deprioritize certain posts or to moderate content in other ways that fall short of censorship … When it comes to gatekeepers of the modern-day public square, we should hope for commitment to free speech principles.”

ACLU has also been very clear in the past that protecting the freedom of speech means protecting all forms of speech, even when it’s offensive to you. “That’s because the defense of freedom of speech is most necessary when the message is one most people find repulsive. Constitutional rights must apply to even the most unpopular groups if they’re going to be preserved for everyone,” ACLU states.6

In 1997, ACLU also argued, and the U.S. Supreme Court agreed, that the internet is a free-speech zone.7 Traditionally, freedom of speech has been a very progressive issue in terms of civil rights, but today, it seems, ACLU has nothing to say. ACLU’s silence as “noncompliant” voices are removed, one after another, from social media and other online spaces has been deafening.

Now it seems it’s becoming a game that freedom of speech only deserves to be protected when it fits their own ideology, but censorship is great when it doesn’t.

It’s Not About Vitamin D; It’s About Big Pharma and Vaccines

In the summer of 2020, the Center for Science in the Public Interest (CSPI) — a consumer advocacy group partnered with Bill Gates’ agrichemical PR group, the Cornell Alliance for Science,8 and bankrolled by billionaires with ties to Monsanto, the Gates Foundation, the Rockefeller Foundation, the Rockefeller Family Fund and Bloomberg Philanthropies9 — launched a social media campaign to put an end to Mercola.com.

CSPI pressured the FDA to issue me a warning letter to stop writing about nutritional products like vitamin D that can lower your risk of respiratory infections such as COVID-19. But, thanks to the U.S. constitution and the First Amendment, I have every right to speak publicly on matters regarding health, so this is nothing but another attempt to “cancel” me while concealing its own duplicity.

Soon after, two state attorneys general, Letitia James of New York and William Tong of Connecticut, threatened social media companies with legal ramifications if they do not censor a dozen individuals, including yours truly, whom they claimed to be responsible for 65% of “anti-vaccine” content.10

The content that we provide, however, is simply the other side of the story — the one that “official” sources and mainstream media not only refuse to share but social media platforms will ban them for sharing. We provide a counterbalance to the wholly one-sided official narrative.

Australian booksellers, Amazon, Waterstones and Foyles have also been pressured to stop selling “anti-vaccine” and “COVID conspiracy” books, including my latest book, “The Truth About COVID-19,” or add some sort of warning label to them. Meanwhile, even a seemingly benign tweet stating practical adoption of vitamins C and D in mainstream medicine was listed as an offensive, illegal message and removed:

Vitamins C and D are finally being adopted in the conventional treatment of novel coronavirus, SARS-CoV-2. This fortunate turn of events is likely to save thousands of lives, while keeping health care costs down. pic.twitter.com/Rc19Zlp0Q8

I’m not alone, by any means, as censorship of anti-propaganda narratives has ratcheted up to unprecedented levels for many others seeking to uncover the truth. But to be clear, this has nothing to do with vitamin D and vitamin C, and everything to do with vaccines, vaccine passports and making everyone compliant.

It’s one more way of attacking those who are going against the grain — especially if they have a larger platform from which they’re speaking. It’s worth repeating that Event 201 was a coronavirus pandemic exercise held in October 2019 that foreshadowed and “played out” the draconian countermeasures implemented when COVID-19 appeared mere months later.

Curiously enough, a primary focus of that exercise was how to best censor and counteract problematic narratives about the virus, public disagreement with pandemic measures and doubts about vaccine safety.

Who Is the FDA Really Protecting?

CSPI president Dr. Peter Lurie11 — a former FDA associate commissioner12 — has publicly taken credit for the FDA’s action to silence me,13 thereby establishing the potential that CSPI is pulling strings under the new administration through relationships they did not have back in August when they first launched their assault on my free speech.

It has received large donations from the Bill & Melinda Gates Foundation, and Ellen V. Sigal, Ph.D.,15 who chairs the Reagan-Udall Foundation’s board of directors,16 is also vice president of the Cancer Moonshot program, funded by the Gates Foundation, and she’s on the board of the Parker Institute, which is partnered with Inovio, a Gates-funded company that is currently working on a COVID-19 vaccine.

The vaccine ties run even deeper, including with Sigal’s colleague at the Cancer moonshot Program, who co-invented the HPV vaccine Gardasil, and her son-in-law, New York state Sen. Brad Hoylman, who recently sponsored a bill to make Gardasil mandatory for all school children in New York.

Fight for Free Speech or Lose Everything

Censorship extremism is increasing at a feverish pace. In less than a year, we’ve gone from massively censoring COVID-19 treatment information, the origin of the virus and COVID-19 vaccine information, to censoring election disputes and conservative news networks, to now calling for the censoring of climate information

But remember, speech is the expression of your thoughts. To end free speech is to end the individual, which is the totalitarian end-game. Our top priority must therefore be to defend ALL speech. You simply cannot single out certain speech for elimination. It’s a slippery slope that can only end in one way, and that is in totalitarianism where all freedoms and rights of the individual are taken away.

While there are no easy answers to the situation we now find ourselves in, defending the freedom of speech is part of it, and that includes defending the First Amendment rights of those with whom we disagree. We all need to call on our political representatives to take a firm stand against all censorship.

Freedom of speech would undoubtedly be more easily secured were it not for tech monopolies having the power to eliminate anyone they don’t want to hear from. The good news here is that a decentralized web is in the works, and it’s a major part of the solution.

This article was brought to you by Dr. Mercola, a New York Times bestselling author. For more helpful articles, please visit Mercola.com today and receive your free Take Control of Your Health E-book!​​