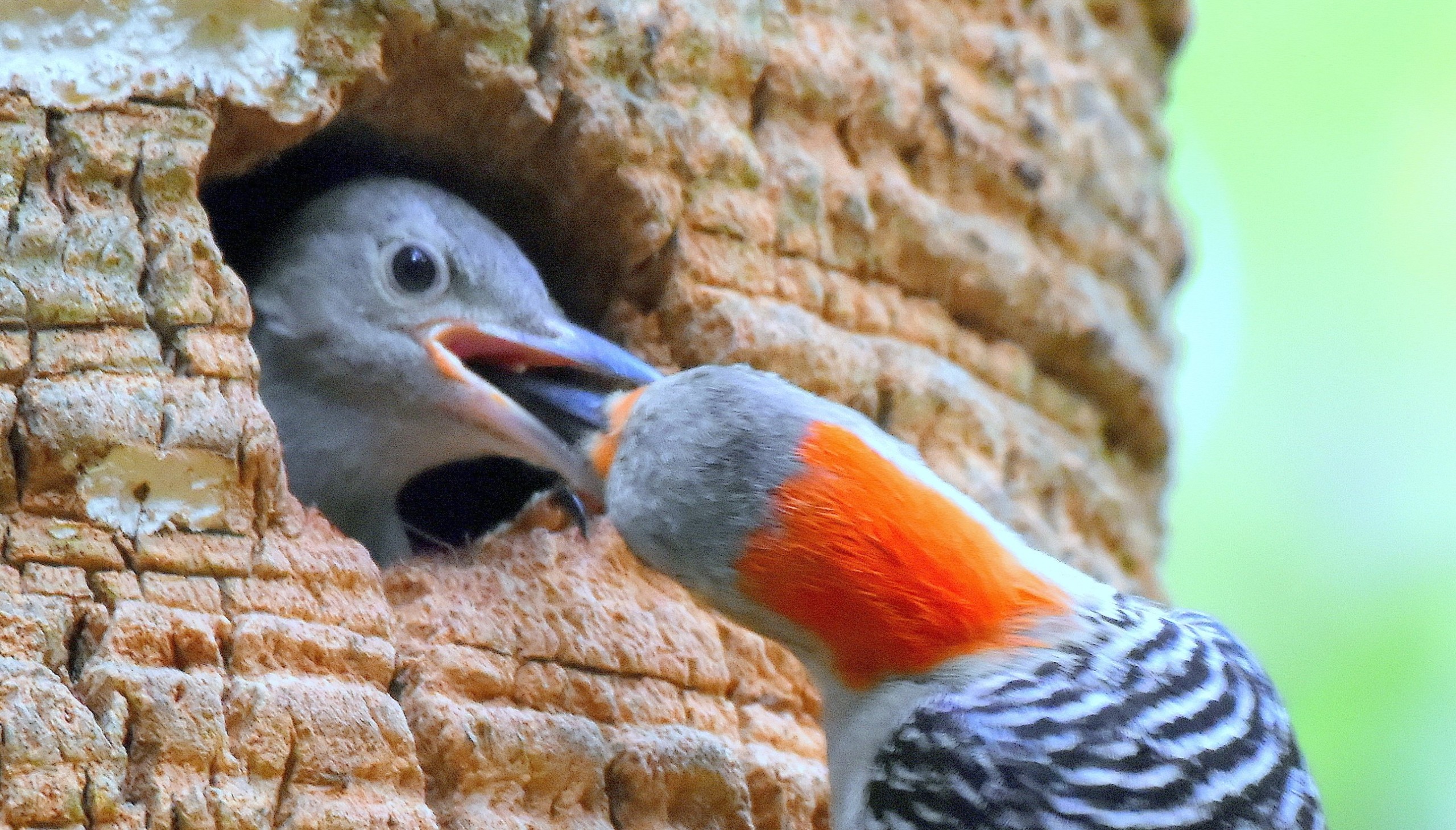 When people think of the most notable characteristic of woodpeckers, it’s their heads hammering against trees or sometimes houses. One wonders how they manage not to get a headache from that fierce, fast head-banging!

Woodpeckers eat a varied diet of fruit, seeds, nuts and insects, which includes both adult insects and their eggs and larvae. Like humans, these amazing birds will forage for whatever fruit and berries are in season. Some species consume tree sap, like the Yellow-Bellied Sapsucker.

Having woodpeckers around can be noisy at times when they hammer to announce their territory, but they can also be a superb natural and non-toxic way to keep the harmful insect population down. When it comes to bugs, most people would not miss cockroaches, termites or ants, though they play an integral part in the ecosystem.  These are among the many insects woodpeckers will consume.

By keeping the land around your home natural and pesticide-free you will attract a variety of wildlife species, including woodpeckers. They in turn will keep the garden healthy and balanced without the use of chemicals, which not only kill bird populations and their food sources, but can cause also cancer in humans who are exposed to them.

Little is known about prehistoric woodpeckers. Their fossils date back to the Oligocene period (33-23 million years ago), just after the dinosaurs, when mammals ruled the natural kingdom. Though woodpeckers have been around for millions of years, we could lose them in the not so distant future. Unbridled development, logging and pesticide use could cause once abundant species to be in jeopardy.

The best way to ensure these amazing animals have a chance at long term survival is to keep the wild areas we have now, limit development, and stop using chemicals. Planting trees and plants will make your garden beautiful and attractive to both humans and animals. 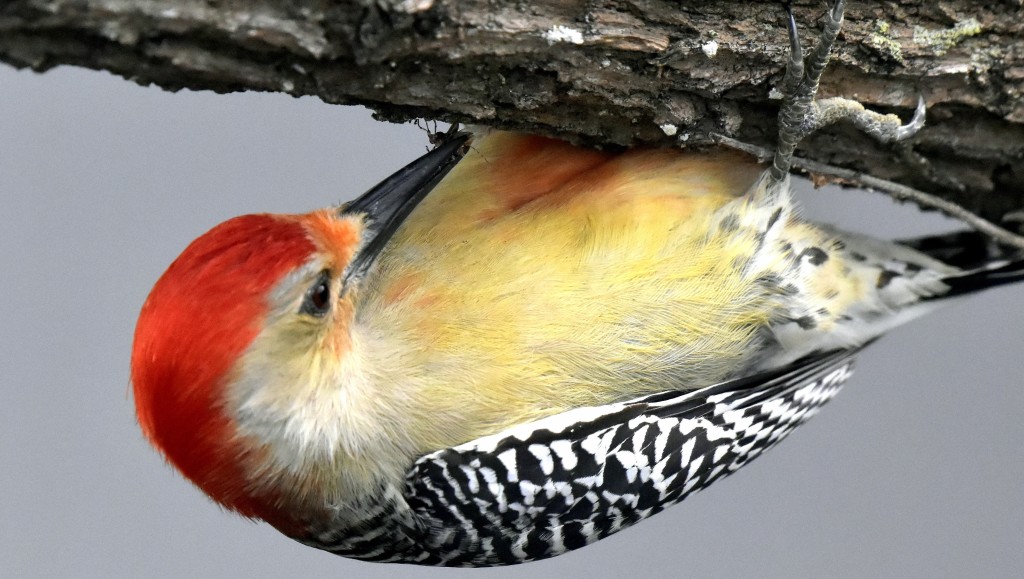 This woodpecker is small in stature but large in appetite. Consuming insects, fruit, acorns and seeds, they will also eat small fish, tree frogs, small bird’s eggs, and even tree sap. They can be found in the eastern part of the US, and are considered to have a stable population. Named for their red belly, this distinguishing mark is rarely seen. While they’ve been known to take over nest cavities in trees from other birds, they’ve also been squeezed out of their home by starlings. Starlings were brought here in the 1890s by Europeans, and can be very aggressive. It’s thought nearly half of all red-bellied woodpeckers lose their home to them. 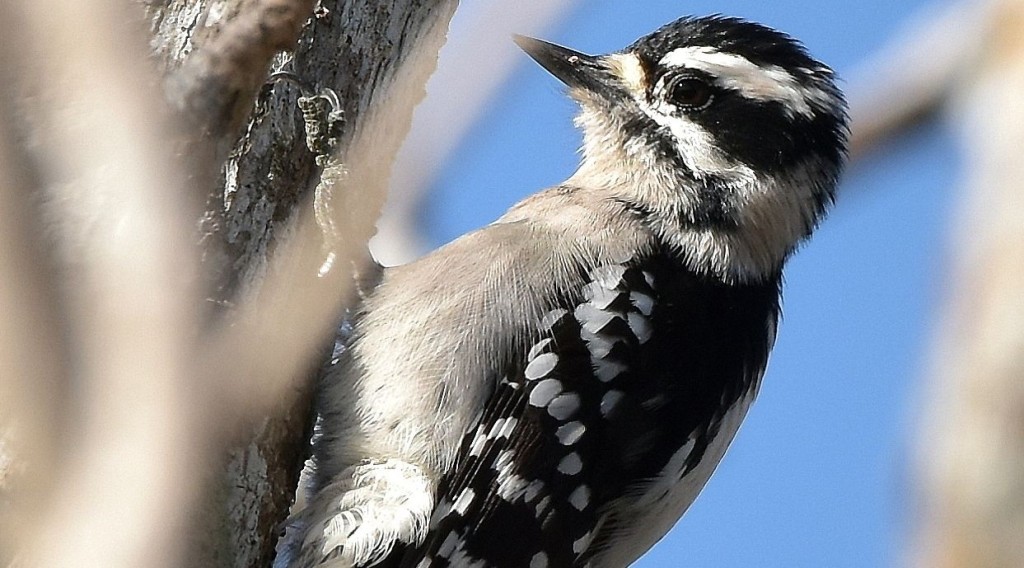 This woodpecker is the smallest in North America and has a striking pattern of black and white. The male is distinguished with a small red patch on the back of his head. They feast on many pest insects, like beetle larvae, ants, apple borers and tent caterpillars, which live in wood and tree bark. In warmer weather they enjoy berries, acorns and grains. Downy woodpecker habitat ranges from open woodlands to parks and suburbs throughout the U.S. During the winters up north they can be found in mixed flocks. Their population is considered stable for now. 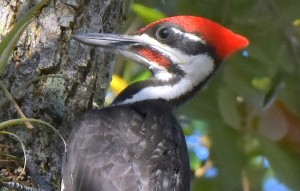 This woodpecker is thought to be the inspiration for the Woody Woodpecker cartoon character. They’re the largest woodpecker in North America, roughly the size of a crow, and easily spotted with their bright flaming red crest. Pileated woodpeckers’ primary food is carpenter ants, followed by other ants, cockroaches, termites, flies and other insects, making them especially beneficial to homeowners. No need to resort to toxic chemicals as a pest control. When looking for natural ways to keep these pest insects away from your home, plant tall trees for the pileateds, and avoid killing their food supply with pesticides. Nature will take care of the rest.

Known for their striking beauty as adults, the red-headed woodpecker is a fierce little bird, and one of only three woodpecker species to store food, the others being the red-bellied and acorn. Skillful at catching flying insects, red-headed woodpeckers mostly feast on fruit and seeds, which make up two thirds of their diet. They’re aggressive defenders of their territory, going so far as removing eggs or nests of other birds, however the circle of life often has them being a meal for a hungry hawk, fox or snake. Unlike most bird species, they will reuse the same nest cavity for several years. The red-headed woodpecker population has been on a steady decline since the 1950s, and is on the Yellow watch list. They are categorized as a species needing constant monitoring to prevent further decline. 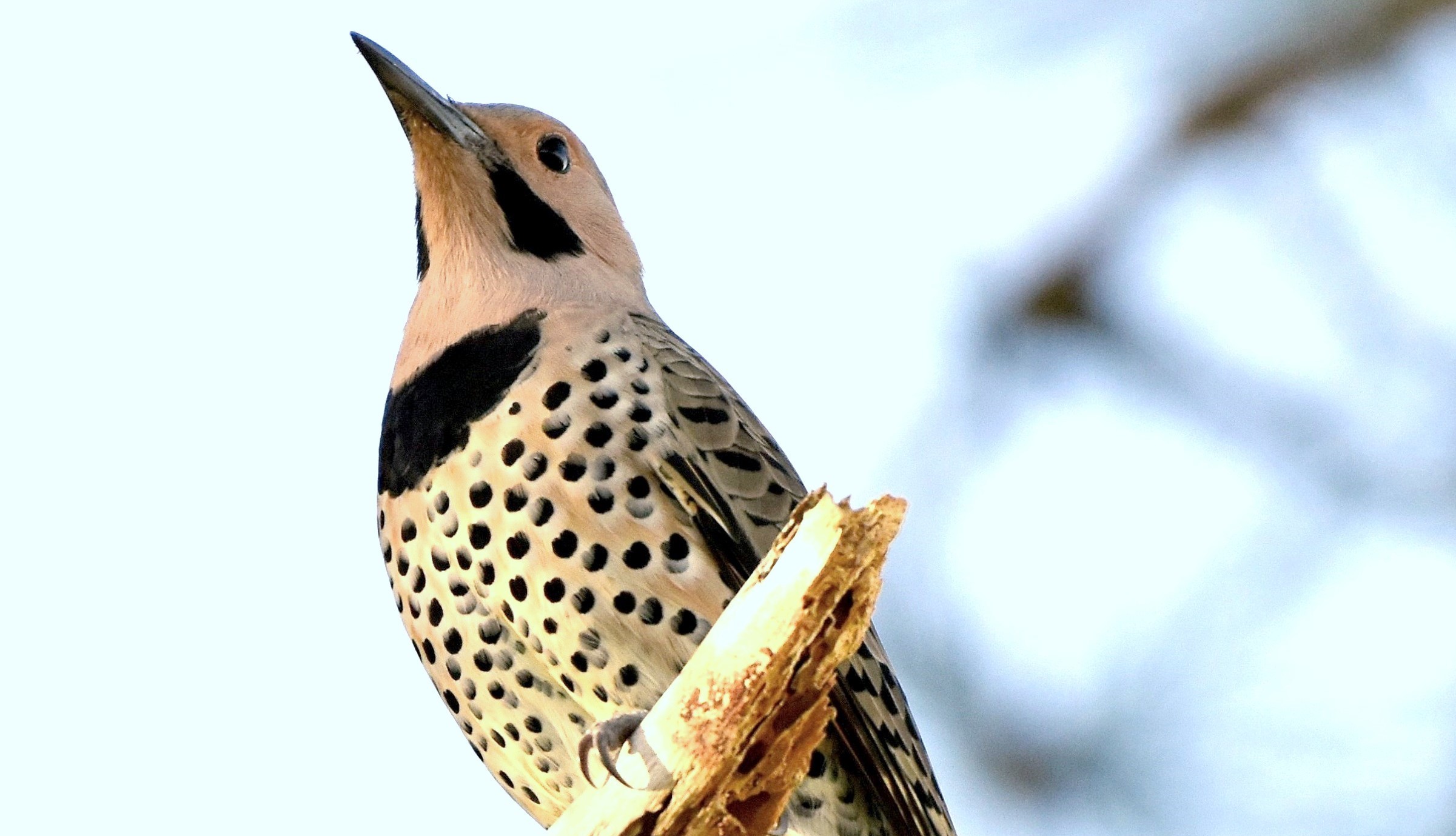 This woodpecker can be found throughout the lower 48 states.  Unlike other woodpeckers this one prefers to hunt for its favorite food: ants on the ground.  Flickers dig into the dirt to expose the ants, then use their two-inch long barbed tongue to lap them up. Aside from ants, they also eat beetles, flies, fruit and seeds. Even among other colorful woodpeckers this one stands out as the only  brown woodpecker, instead of the common black and white coloring. They’re a unique bird in both coloration and behavior. Though widespread in some areas their overall population has declined about 47% since the 1960s. 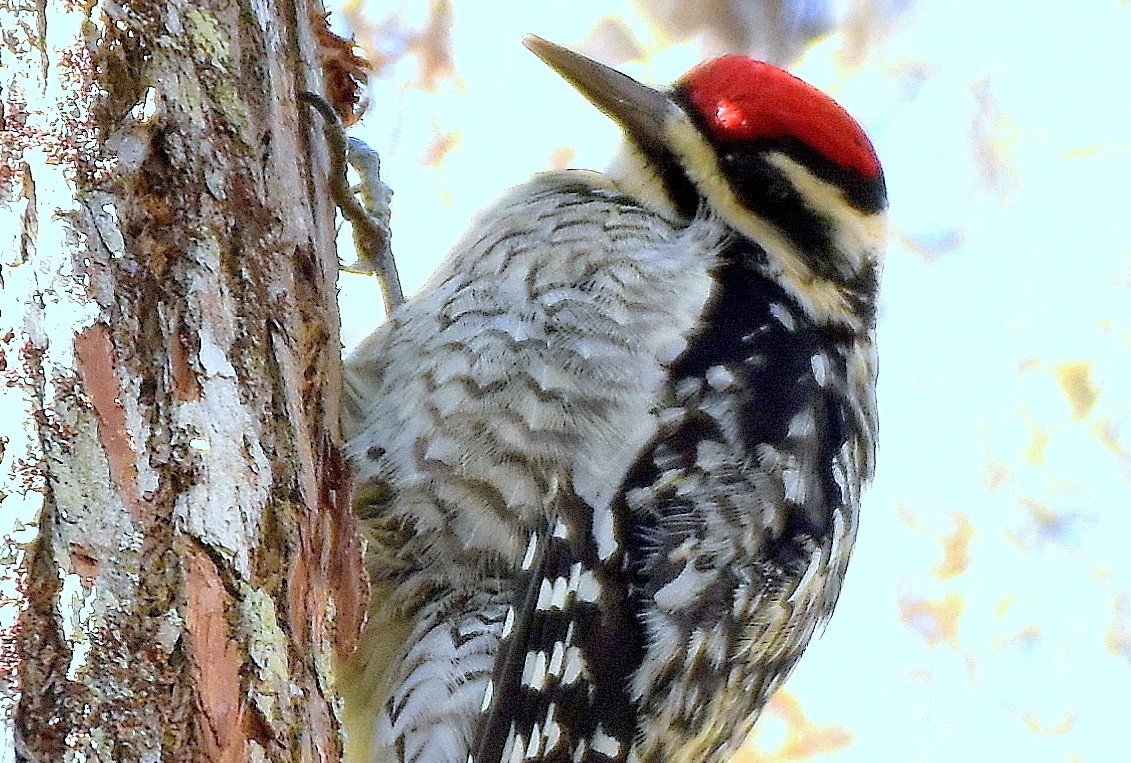 This species has the distinction of being the only woodpecker in eastern North America that is completely migratory. They winter in the southeast and breed in the very northeast and throughout Canada. As their name suggests they feast on tree sap. Sapsuckers have been documented drilling sap wells from over 1,000 tree species, but prefer birch and maple. These sap wells will also attract hummingbirds. In parts of Canada, the ruby-throated hummingbird relies on a symbiotic relationship with the sapsuckers and their sap wells, so they time their spring migration with the arrival of sapsuckers. Bats, who also consume a lot of insects, and porcupines will also visit the sap wells. So far, their population appears stable.

To help protect woodpeckers you can :

Go natural and skip the pesticides.

Plant a variety of plants and flowers to attract insects for them to eat.

Leave the trees, even the dead ones, which are a favorite woodpecker nesting site.