Rachel Carson, who launched the modern environmental movement with her 1962 book “Silent Spring,” was a highly private person. But on one occasion she allowed an interviewer to ask, “What do you eat?” Her sardonic answer: “Chlorinated hydrocarbons like everyone else.”

Carson was referring to a family of chemicals used for insect control that included DDT, the principal target of her book. Even though Carson tragically died of cancer just 18 months after publication of “Silent Spring,” her best-seller had powerful and lasting effects. Congress moved to create a new federal Environmental Protection Agency in 1970, and two years later that agency banned DDT for agricultural use.

Did “Silent Spring” also launch our modern organic farming movement, as many organic advocates and businesses often suggest? Actually, no. That movement began in Austria in 1924, led by a mystic philosopher named Rudolf Steiner. Organic farmers use no synthetic chemicals at all, but Carson found this approach needlessly strict. In my research, I learned that she favored a restrained use of pesticides, but not a complete elimination, and did not oppose judicious use of manufactured fertilizers – which are prohibited in organic farming.

As a scholar focusing on food and agricultural policy, I respect Carson’s careful distinctions regarding agricultural chemicals. By not making these distinctions, I believe the organic farming movement has constrained its own potential not just to expand, but also to benefit the environment.

A 1963 CBS documentary on Carson and the impact of ‘Silent Spring.’

When “Silent Spring” became a sensational best-seller, advocates for organic farming were torn at first over how to respond. The leader of America’s organic farming movement at the time was J. I. Rodale, publisher of a magazine he had founded, called Organic Farming and Gardening. Rodale was jealous of Carson for having made such a splash criticizing DDT in 1962, since he had made roughly the same case 20 years earlier in the second issue of his magazine, but to little notice. He also chided Carson for not taking on chemical fertilizers as well as pesticides.

Rodale’s son Robert, who was editing the magazine in 1962, shared his father’s view that Carson was not fully on board with strict organic rules, but couldn’t resist trying to depict her as a supporter. He called her book a “masterpiece” and described her as presenting “the organic point of view.”

Carson, however, intentionally distanced herself from the organic community. She refused to speak before organic groups, and on one occasion even canceled out of an event after learning J. I. Rodale had been booked on the same panel without her approval. Carson considered Rodale, who had no scientific training and very few scientific instincts, to be “an eccentric.”

This he was. Rodale had once raised doubts about the value of the Salk polio vaccine, pushing for a dietary cure instead, and had argued that drinking artificially softened water would cause cancer. When researching her book, Carson did correspond with some followers of Rudolf Steiner, who shared incriminating evidence they had gathered on DDT, but she did not acknowledge their help in her book. 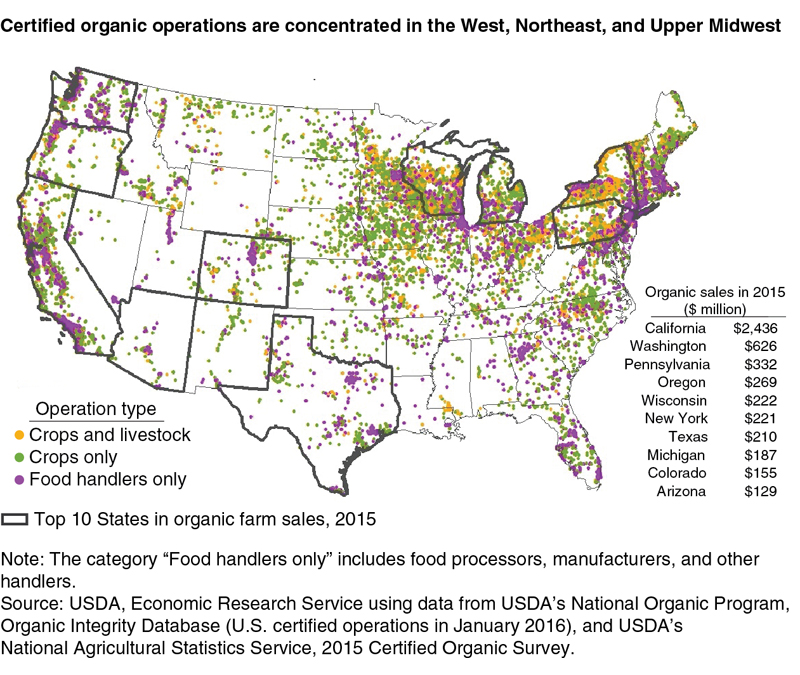 The organic farming movement was suspect in Carson’s eyes because most of its early leaders were not scientists. Steiner, the first prominent advocate for renouncing manufactured nitrogen fertilizers, was a mystic who believed in human reincarnation, the lost world of Atlantis, and an earlier lost continent named Lemuria.

Carson, who earned a master’s degree in zoology from Johns Hopkins University, disliked the nonscientific absolutes embraced by the organic movement. Instead she favored the central tenet of toxicology: It is the dose that makes the poison. In “Silent Spring” she framed her position on pesticides this way: “The ultimate answer is to use less toxic chemicals so that the public hazard from their misuse is greatly reduced.” When Carson testified to Congress in 1963, she said, “I think chemicals do have a place.”

Carson rejected the organic proscription against synthetic nitrogen fertilizer for good reason. Interdisciplinary scholar Vaclav Smil of the University of Manitoba has estimated that without nitrogen fertilizer, 40 percent of the increase in food production achieved in the 20th century could never have taken place. Smil also has shown that for at least a third of humanity in the world’s most populous countries, the use of nitrogen fertilizer made the difference between an adequate diet and malnutrition.

Farming without nitrogen fertilizer, using things like composted animal manure instead, makes growing food far more expensive. This is one of the reasons why organic salad mix costs on average 60 percent more than a conventionally grown mix; organic milk, 72 percent more; and organic eggs, 82 percent more. These high prices, in turn, explain why organic food sales make up only 5.3 percent of total food sales in the United States today, and why certified organic cropland makes up less than 1 percent of total cropland. 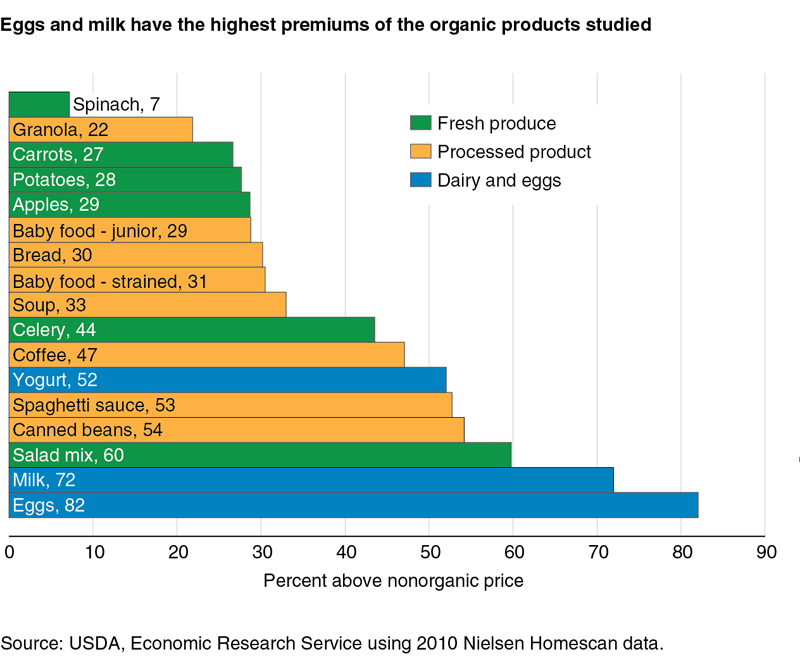 Despite the small size of the organic sector, pesticide and fertilizer use have long since stopped growing in the United States, even as crop production has continued to increase. Total insecticide use peaked in 1972 and has fallen by 82 percent since then. Fertilizer use initially peaked in 1981, and applications have remained essentially flat for more than three decades now, even as total crop production has grown by 44 percent. Our stunted organic sector did not bring us these benefits. When it comes to reduced insecticide use, the credit goes to Rachel Carson.

To be sure, farm fertilizer runoff is a serious threat to water quality today. The National Oceanic and Atmospheric Administration reported in 2017 that the dead zone at the mouth of the Mississippi River had grown to cover an area of 8,776 square miles, the largest ever recorded in 32 years of monitoring. But I believe the solution has to come from continued improvements in conventional farming, such as planting more buffer strips between fields and waterways to trap chemical runoff. Most commercial farmers will not accept the unrealistic organic approach of switching to zero use of manufactured fertilizers.

Scaling up organic production could actually harm the environment, since it would require so much more land per bushel of production. USDA survey data in 2014 revealed that output per acre on organic farms was on average only 80 percent of conventional yields. This means that if the United States had raised all of its crops organically in 2014, we would have had to cultivate an additional 109 million acres of land – an area equal to all parkland and wildland area in the lower 48 states combined. The result would be a different kind of silent spring, caused not by chemicals but by needless destruction of wildlife habitat.

Robert Paarlberg, Adjunct Professor of Public Policy, is an independent scholar and consultant specializing in global food and agricultural policy. He received his BA in government from Carleton College and his PhD in government from Harvard. Paarlberg has been a member of the Board of Agriculture and Natural Resources at the National Research Council and a consultant to the National Intelligence Council (NIC), USAID, COMESA, IFPRI, the World Bank, and the Bill and Melinda Gates Foundation.