5 Natural Sweeteners That Are Good For Your Health 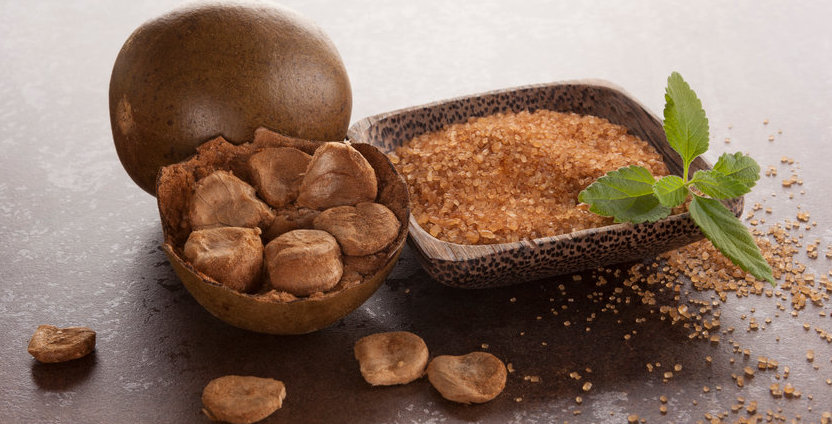 Reducing your intake of refined sugar can be tough, but given how incredibly harmful sugar can be, it’s definitely worth the effort (1).

Fortunately, quite a few sweeteners found in nature are actually healthy.

Here are 5 natural sweeteners that could be healthier alternatives to refined sugar.

It’s extracted from the leaves of a plant called Stevia rebaudiana.

This plant has been grown for its sweetness and medicinal purposes for centuries in South America.

Several sweet compounds are found in stevia leaves. The main ones are stevioside and rebaudioside A. Both are hundreds of times sweeter than sugar, gram for gram.

Therefore, stevia is very sweet but has virtually no calories.

Additionally, a few human-based studies suggest stevia may have health benefits, including for the following health parameters:

Many people greatly dislike the taste of stevia. The flavor depends on the brand, though, so you may need to experiment to find a type of stevia you like.

Erythritol is another low calorie sweetener.

It’s a sugar alcohol found naturally in certain fruits. However, powdered erythritol available for purchase is most likely made via an industrial process.

Erythritol tastes very much like sugar, although it can have a mild aftertaste.

Erythritol doesn’t spike your blood sugar or insulin levels, nor does it affect levels of blood fats like cholesterol or triglycerides (5, 6).

It’s absorbed into your body from your intestines, but it’s eventually excreted from your urine unchanged (7).

Although it’s often better tolerated than other sugar alcohols, it could cause digestive issues, including gas and diarrhea, if you consume too much at a time — especially if it’s combined with other types of sugar like fructose.

Keep in mind that erythritol is much less likely to cause digestive issues than other sugar alcohols such as xylitol (8).

Additionally, one study including 264 young adults showed that higher blood levels of erythritol were associated with increased belly fat, which may be due to a genetic predisposition to convert sugar into erythritol (9).

Xylitol is a sugar alcohol with a sweetness similar to that of sugar.

Xylitol appears to have some benefits for dental health, including reducing the risk of cavities and dental decay (10).

According to some animal studies, it may also improve bone density, helping prevent osteoporosis (11).

Furthermore, research shows that xylitol can increase levels of several compounds in the digestive tract to help support your gut microbiome (12).

Xylitol also doesn’t raise blood sugar or insulin levels. However, like other sugar alcohols, it can cause digestive side effects, including abdominal gas and diarrhea, at high doses (13).

Keeping this in mind, it’s best to use xylitol in moderation.

Finally, if you have a dog at home, keep xylitol out of its reach, as xylitol is highly toxic to dogs (14).

Yacon syrup is another unique sweetener.

It’s harvested from the yacon plant, which grows natively in the Andes in South America.

It’s very high in fructooligosaccharides, which function as soluble fibers that feed the good bacteria in your intestine (15).

Yacon syrup may prevent constipation and has various benefits due to its high amount of soluble fiber (16, 17).

Don’t eat too much at a time, though, as it can cause digestive problems.

It’s free of calories and carbs, and some research suggests it may help support better blood sugar management. Yet, this same research concluded that there’s not enough evidence to determine the safety of monk fruit extract as a food additive (18).

Although there’s limited research on the effects of monk fruit in humans, it’s generally considered safe and hasn’t been associated with any negative side effects (21).

However, it’s important to check the ingredient label when purchasing monk fruit extract, as many products are combined with sugar or other sweeteners, which could negate its potential health benefits.

There are several popular sugary sweeteners that health-conscious people often eat instead of sugar, including coconut sugar, molasses, honey, and maple syrup. These really aren’t much different from sugar.

They may contain slightly smaller amounts of fructose and a tiny amount of nutrients, but your body really won’t be able to tell the difference.

Furthermore, while these natural sugar substitutes may be a better alternative to regular sugar if used in moderation, they should not be considered a quick fix for your health concerns.

In fact, consuming high amounts of natural sugars or sugar substitutes over the long term could increase cravings for sweets and may contribute to issues like weight gain and type 2 diabetes (22, 23, 24).

The harmful effects of sugar depend completely on the context. Most of the related studies were conducted in people who were already eating a diet high in carbs and processed foods.

For these people, especially those with overweight or insulin resistance, large amounts of sugar can be especially harmful (25).

Healthy people can eat sugar in small amounts without any harm. While sugar still provides calories without much nutritional value and may cause cavities, small amounts of these natural sugars can be included in a well-rounded diet.

If you’re concerned about added sugar intake, it’s important to focus on the totality of your diet.

It’s entirely possible to enjoy your favorite sweet foods on occasion without harming your overall health, as long as your diet mostly comprises nutrient-dense, whole foods.

Choosing nutritious, naturally sweet options like fruit and nut butter is a good choice when craving something sweet. Yet, fearing or avoiding foods that are high in sugar may cause you to fixate on that one food, increasing cravings and desire.

In the end, it’s best to follow a balanced approach to your diet, which involves enjoying your favorite foods on occasion.

Kris Gunnars has a bachelor’s degree in medicine from the University of Iceland. Nutrition is his passion and his articles on nutrition and health have been read by millions of people. He was the founder of Authority Nutrition, which formed the basis of the trusted Nutrition brand at Healthline. You can find him on Twitter, Instagram, and LinkedIn.

Rachael Link is a registered dietitian and health writer who is passionate about plant-based nutrition and achieving better health by balancing time between the kitchen and the gym. Rachael completed her undergraduate degree at the University of Central Missouri and received her master’s degree from New York University. You can learn more on her website or follow her on Instagram and LinkedIn.