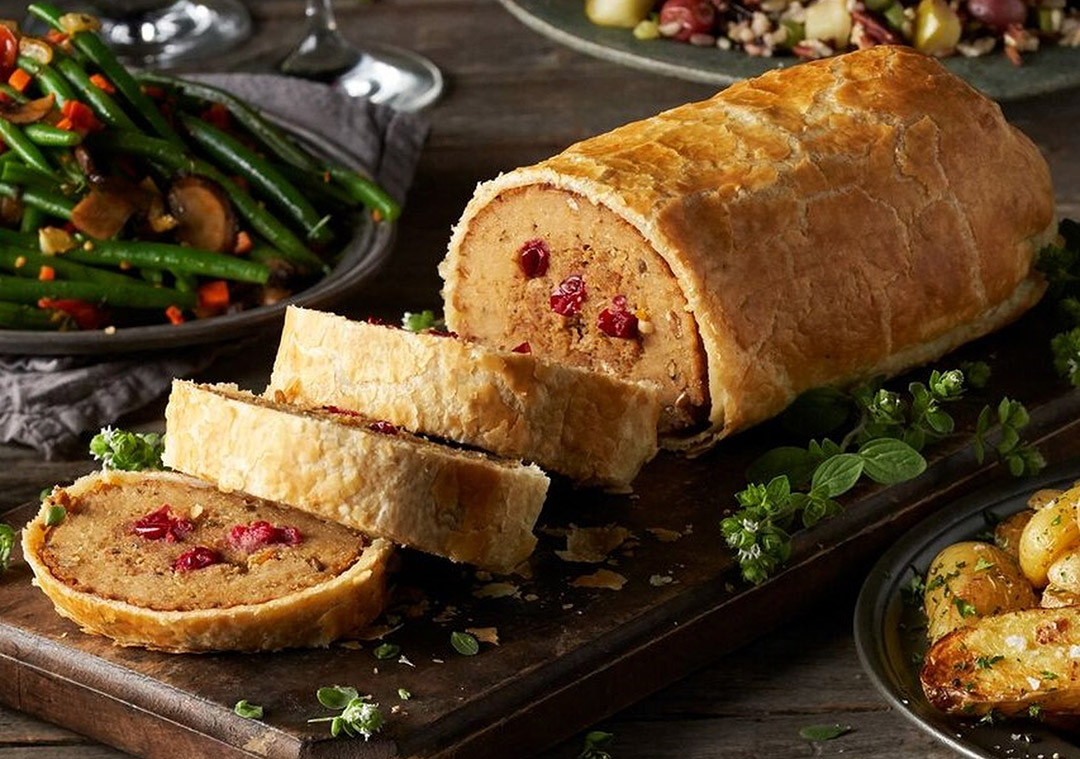 This Thanksgiving, why not adopt a turkey instead of serving one for dinner?

After all, turkeys are intelligent, social animals who form bonds and have distinct personalities from one another, much like our beloved dogs and cats. As it has since 1986, Farm Sanctuary is promoting its Adopt a Turkey Project to educate the public about these amazing birds and raise money for the care of rescue turkeys at their sanctuaries. The adoptions are actually sponsorships in which the donor receives a photograph and details about their new turkey friend for a donation. Sponsoring a turkey can be a great gift for the animal lover in your life or for yourself!

Among the residents available for adoption are: 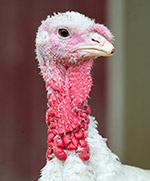 Tutu turkey was born on a factory farm—and, had all gone to plan, she would have been slaughtered for someone’s Thanksgiving dinner. Tutu’s life turned around when a New York City artist rescued her with the intent of sharing Tutu’s story through art. While the project never took flight (the artist’s school wouldn’t let her keep a bird in her studio), Tutu made it Sanctuary, where she has put her dark origins behind her and blossomed into one of the friendliest members of our flock. 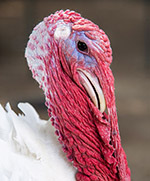 Ferris was rescued from a feed store along with fellow turkey tom Faye. Many people patronize feed stores because they don’t want to support factory farming—not realizing that these birds endure much of the same trauma as their industrially-raised brethren. They come from the same hatcheries, get shipped through the mail as babies, and face slaughter at fractions of their lifespans. Now safe at Sanctuary, Ferris (and Faye) live freely without fear, and are fun and flamboyant members of their flocks. 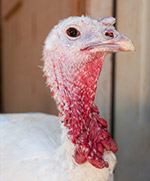 We met Sandy at an evacuation site during the devastating 2016 Sand Fire in California. While the young turkey’s guardian had saved her the year before from Thanksgiving slaughter, Sandy still needed help. She had a painful foot infection, along with feather loss and wounds from the males in her enclosure. To give Sandy the best chance at a healthy life, the guardian relinquished her to Farm Sanctuary. Once in our care, Sandy made a full recovery and is now a bright, affectionate member of her flock.

For a one-time donation of $35, you can symbolically adopt a rescued turkey—or sponsor the whole featured flock for $150! To learn more about the Adopt a Turkey Project, visit farmsanctuary.org/adopt-a-turkey/ or call the Turkey Adoption Hotline at 1-888-SPONSOR.