The revised Vegetariana is a hand-illustrated sampler of literary quotations, folk wisdom and culinary lore, along with 170 easy vegan recipes. 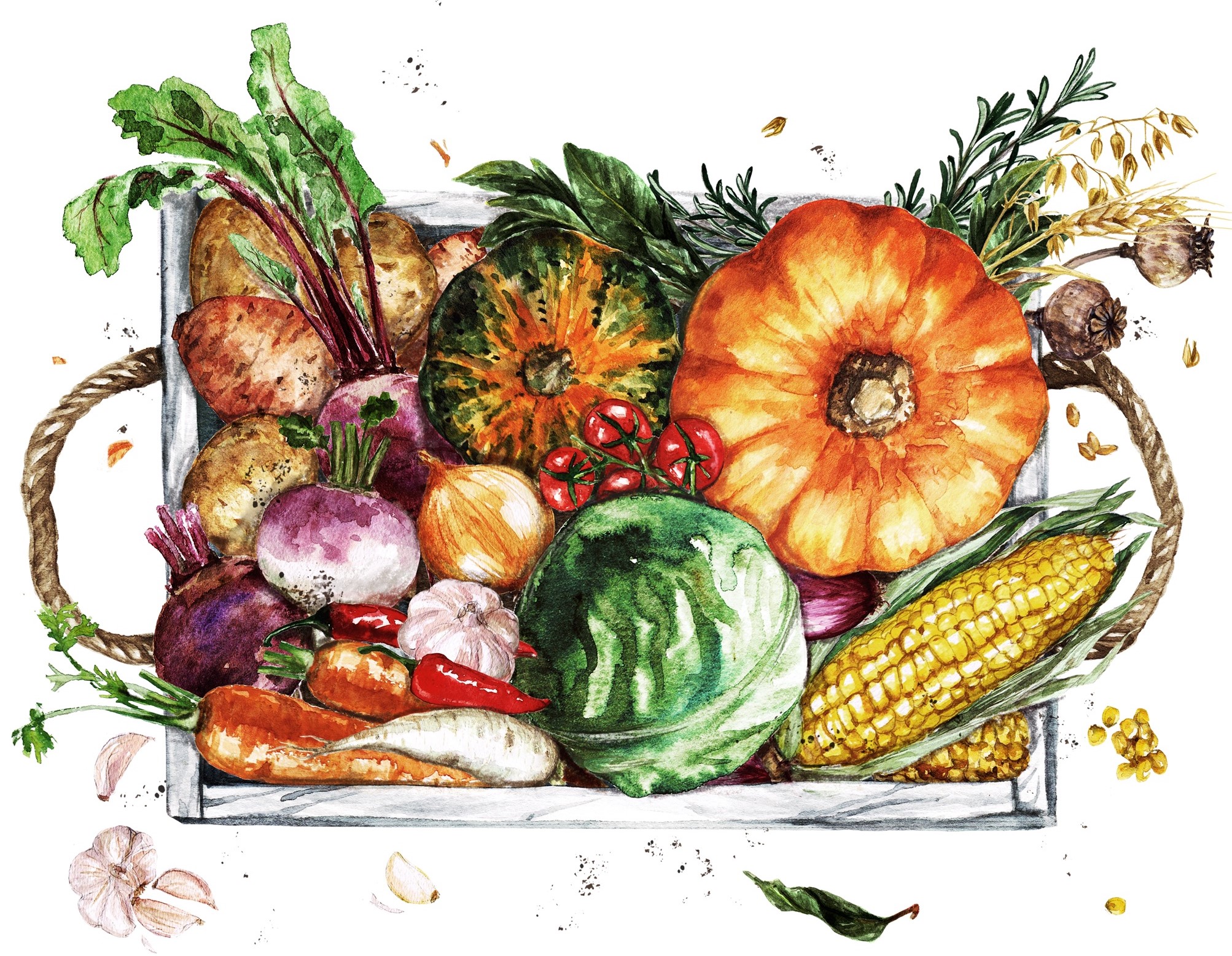 From the 1984 Edition Introduction

“What on Earth do you eat?” was a question I was often asked when I first became a vegetarian, in the early 1970s. Back then, meatless diets were not as widespread and accepted as they are today. I rarely hear this question anymore because so many people have cut down on meat or eliminated it from their diets altogether; they have learned that the answer is, of course, a wealth of fresh vegetables and fruits, grains, legumes, tofu, nuts, seeds, dairy products, pastas, soups, salads, good breads, and, yes, the occasional dessert.

Growing up with a drawing pencil in my hand, I learned early to scrutinize the things around me, and that included what was on my dinner plate. As a child I had to be urged not to “finish your vegetables,” but to “eat your meat.” Somehow that meat or fish on my plate never appealed to any of my senses.

It wasn’t until I was sixteen years old that I was adult enough to assert myself in the kitchen and declare myself a vegetarian. At first this decision was not met with cheers from my family, but interestingly, within a few years, my parents and both of my brothers, in their separate situations and life-styles, all became enthusiastic vegetarians. Having given up meat simply because I didn’t like it, I became interested only after the fact in exploring the health benefits and philosophies of vegetarianism, which I found fascinating. It was equally fulfilling to discover that the variety of foods I could eat broadened considerably, and I loved to experiment with these exciting new options in cookery.

My career as an illustrator and graphic designer began almost simultaneously with my move to New York City and my marriage to a fellow artist. A veteran of artist-bachelorhood, in which eating meat and fish was a matter more of supposed convenience than of desire, my husband promptly became a vegetarian after we met. Although dinners were often quick, improvised concoctions after our long days in the studio, I took pleasure in making them fun and memorable, with interesting flavors, textures, colors, and aromas, as well as fresh, whole ingredients. My husband’s enthusiasm for these unusual meals convinced me to write down some of those recipes so that I could repeat them.

Later, as I began making dinners that pleased even non-vegetarian guests, I found myself with dozens, if not hundreds, of recipes and a desire to combine them, somehow, with my illustrations. It was Pudd’nhead Wilson by Mark Twain, with its witty homilies opening each chapter, often referring to a food item to make a point, that inspired me to use literature and lore as the basis for those illustrations. The result is Vegetariana, a collection not merely of recipes, but also of the surprisingly literary, legendary, folkloric, poetic, and even erotic contexts in which the marvelous variety of foods in the realm of vegetarian cookery is celebrated.

Equally fascinating and full of surprises was my exploration of the world of vegetarianism itself. Many of my generation believe that vegetarianism sprang up in the 1960s and blossomed in the new age of health-consciousness of the 1970s. However, the roots of vegetarianism run as deep as ancient India, classical Greece and Rome, and the Old and New testaments of the Bible. More recent but perhaps ever more obscure is the story of the almost concurrent, widespread vegetarian movements in nineteenth-century America and England, which attracted scores of prominent writers and reformers.

The Origins Of Modern Veganism

The term vegan is popularly attributed to Donald Watson. It turns out he had some help from his wife, Dorothy Watson, and Elsie B. Shrigley. These cofounders of The Vegan Society (TVS) in Britain coined the term in 1944, before which, people who avoided all animal products were inadequately called “nondairy vegetarians.” The Watsons, Shrigley, and a few other like-minded friends tossed ideas around, including vitan and benevore before settling on vegan — the first three and last two letters of vegetarian. It was, according to Watson, “the beginning and end of vegetarian.” The twenty-five initial subscribers of the Society’s newsletter were informed that the word was to be pronounced “veegan, not veejan.”

Britain’s Vegan Society, the world’s first, established World Vegan Day, which is still celebrated each year on November first. Veganism became firmly defined by TVS as a way of life, not just as a way to eat:

“A philosophy and way of living which seeks to exclude — as far as is possible and practicable — all forms of exploitation of, and cruelty to, animals for food, clothing, or any other purpose; and by extension, promotes the development and use of animal-free alternatives for the benefit of humans, animals, and the environment.”

The emergence of veganism in the mid-20th century was rooted in animal advocacy, and Ruth Harrison’s 1964 book, Animal Machines, opened even more eyes to the shocking exploitation of farm animals. Animal Liberation (1975), by Australian philosopher Peter Singer, further ignited the contemporary animal advocacy movement. The book popularized Richard D. Ryder’s term “speciesism,” and followed in the footsteps of Jeremy Bentham in arguing that animals’ capacity to suffer is the most compelling moral argument for their protection. Singer wrote:

“Being a vegetarian or vegan is not an end in itself, but a means towards reducing both human and animal suffering and leaving a habitable planet to future generations.”

From The New Edition Introduction

When I revisit the introduction to the original edition of Vegetariana, I sigh and think, Ah youth. I was in my twenties when the book was first published in 1984, and the number of well-known vegetarian cookbooks on the market could be counted on the fingers of both hands. The popular vegetarian cookbooks of the day, some of which were still going strong after a decade in print, included the groundbreaking Moosewood Cookbook by Mollie Katzen and The Vegetarian Epicure by Anna Thomas.

Producing cookbooks became my primary occupation when my husband and I moved from New York City to the Hudson Valley in 1985. It was a good vocation during the years when my two children were young; we raised them vegetarian from the start. Had the information been as available then as it is today, we would likely have gone vegan sooner. Just before the kids hit adolescence, the internet burst forth, and all the funky facts about factory farming appeared on my radar. My then ten-year-old son was the first to declare himself a vegan. History repeated itself; as the youngest in my family, I was the first to go vegetarian; years later, my youngest child led the charge into veganism. The rest of us followed suit quickly.

It has been incredibly rewarding to be part of the vegan movement and witness its growth over the years. In the 1980s and earlier, merely being a vegetarian was enough to get you branded as a weirdo. Now, being vegan is considered cool, and can be worn as a badge of honor. Though I’m sure there are plenty of those who still consider vegans weirdos, we no longer care, because we know we’re on the right side of history. When I started this publishing journey, there were, as I mentioned, a modest number of vegetarian cookbooks. Today, you can’t even begin to count the number of vegan cookbooks, not to mention the countless vegan blogs, YouTube channels, and podcasts.

This is a cookbook that you need not ever cook from at all — it’s perfect for reading in bed or on a long train journey (does anyone still do that?). It may not have the lush color photos that are now a must in cookbooks, but the lovingly crafted pages, historical journeys, and literary wisdom aim to inspire new readers to make compassionate choices, in and out of the kitchen. 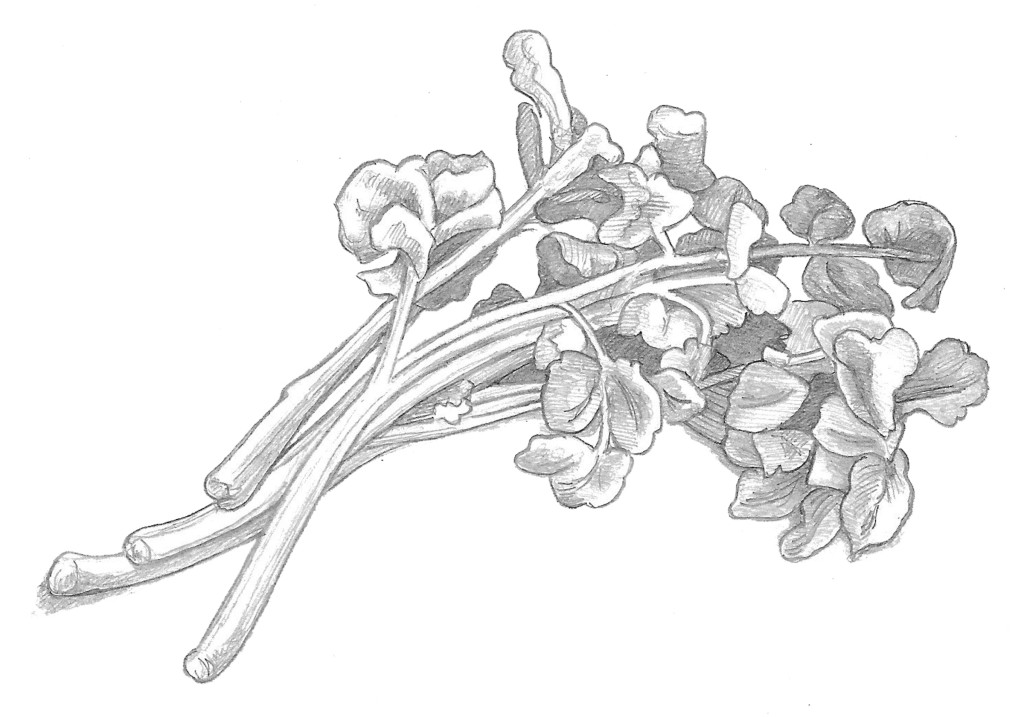 A child’s curiosity about where babies come from was once met with a variety of quaint responses. Were you ever told that the stork brought you, or that you came from the cabbage patch? This comfort classic won’t provide those kinds of answers, but it’s so soothing on chilly days. I highly recommend the optional croutons — they absorb some of the broth, giving this soup an almost stew-like consistency.

Alice B. Toklas, a renowned cook in her day (and Gertrude Stein’s devoted partner) wrote, “The first gathering of the garden in May of salads, radishes, and herbs made me feel like a mother about her baby — how could  anything so beautiful be mine …” I hope that Alice would have approved of this salad. It’s filled with early-season garden goods and dressed in citrusy flavors.

Combine the ingredients in a small bowl and stir together.

This is a basic dressing that’s useful for dressing greens salads as well as for marinating steamed vegetables. It’s an Italian-style salad dressing with a little less oil and more tartness than a vinaigrette.

Combine all the ingredients in a jar with a tight-fitting lid and shake well. Shake again before each use. This will keep well for at least two weeks, refrigerated. Bring to room temperature before using.

This versatile sauce is especially good served over smashed potatoes, sweet potatoes, and green vegetables of all kinds. You can also use it to embellish simply prepared proteins like roasted tofu, tempeh, and seitan. 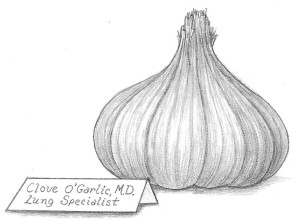 “It is hard to imagine a civilization without onions,” declared Julia Child. Onions and garlic (along with chives and scallions, aka green onions) are related members of the lily family. Often considered herbs, they’re classified as vegetables botanically.

Onions and garlic are among the most ancient of cultivated plants, and  one of the most widely used across many cultures. Both have been valued as much for their culinary magic as for their use in herbal medicine.

For colds or flu, folk wisdom recommends eating lots of onion and garlic. Both onion and garlic are often mentioned as aphrodisiacs in ancient and modern literature. The onion was regarded as a symbol of the universe by ancient Egyptians. Garlic has been considered a powerful charm against evil by many cultures.

Babe Ruth said of scallions that they’re “the greatest cure for a batting slump ever invented.” This (vegan) cheesy potato casserole is pure comfort, embellished with lots of scallion in honor of the Babe.

Excerpted from Vegetariana: A Rich Harvest of Wit, Lore, & Recipes by Nava Atlas

Nava Atlas has written and illustrated many vegetarian and vegan cookbooks, with Vegetariana being the first in 1984. She has also created trade and limited edition visual books on women’s issues, notably, The Literary Ladies Guide to the Writing Life and Secret Recipes for the Modern Wife. Visit www.theveganatlas.com.

Find local holistic Food and Cooking in the Spirit of Change online directory.