Don't Remove Your Breasts Until Reading the NCI Disclaimer 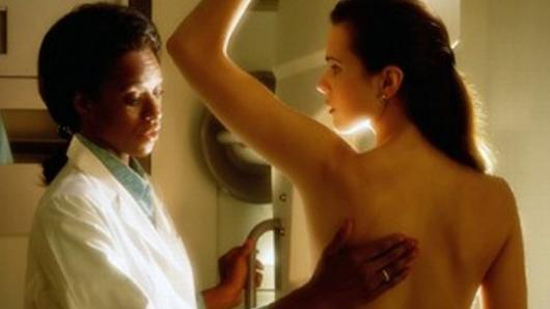 The celebrity-style announcement of Angelina Jolie's double mastectomy to "prevent" breast cancer has injected a new level of fear and disinformation about breast cancer into public discussion.

While about 2% of diagnosed breast cancers are related to mutations in the breast cancer susceptibility gene (BRCA), which Jolie tested positive for, this does not mean these women have an 87% chance of developing breast cancer, as originally reported by many media outlets.

Overall, women with the BRCA mutation have a 45-65 percent increased risk of breast cancer, according to Joseph Mercola, MD. "It’s important to understand that while you may carry a defective gene, it does not mean that the genetic trait is destined to be expressed. There are many alternatives to dramatically decrease your cancer risk through the lifestyle choices you make."

These include important choices like a healthy diet, exercise, vitamin D intake and reducing stress levels. It also means avoiding many toxic ingredients found in common household and beauty products. For decades, women have been pampering and "beautifying" themselves with cosmetics that are storing up a burden of toxicity within their bodies, specifically in breast tissue and the adjoining lymph glands. A list of breast cancer preventative measures is available here from Dr. Mercola.

The National Cancer Institute admits that other genetic or environmental factors may be the cause of the highest cancer rates among BRCA1 or BRCA2 gene mutation patients:

"It is important to note, however, that most research related to BRCA1 and BRCA2 has been done on large families with many individuals affected by cancer. Estimates of breast and ovarian cancer risk associated with BRCA1 and BRCA2 mutations have been calculated from studies of these families. Because family members share a proportion of their genes and, often, their environment, it is possible that the large number of cancer cases seen in these families may be due in part to other genetic or environmental factors. [Editor's bolding] Therefore, risk estimates that are based on families with many affected members may not accurately reflect the levels of risk for BRCA1 and BRCA2 mutation carriers in the general population. In addition, no data are available from long-term studies of the general population comparing cancer risk in women who have harmful BRCA1 or BRCA2 mutations with women who do not have such mutations. Therefore, the percentages given above are estimates that may change as more data become available."

In other words, even amputating your breasts may not prevent your development of cancer if other genetic or environmental factors are involved.

What might our breast cancer risks be like if we eliminated toxins from our products, cleaned up our diets and spent more time outdoors soaking up vitamin D and energizing earth energies? We could seriously decrease or even eliminate the risks of triggering cancer genes into action in our bodies.

First do no harm. The rush to test — with an expensive, patented test owned by a single controlling drug company, prohibiting any other agencies from researching, testing, developing or even giving second opinions! — and then amputate, appears extreme as a reasonable preventative health measure. We can do better with our health.