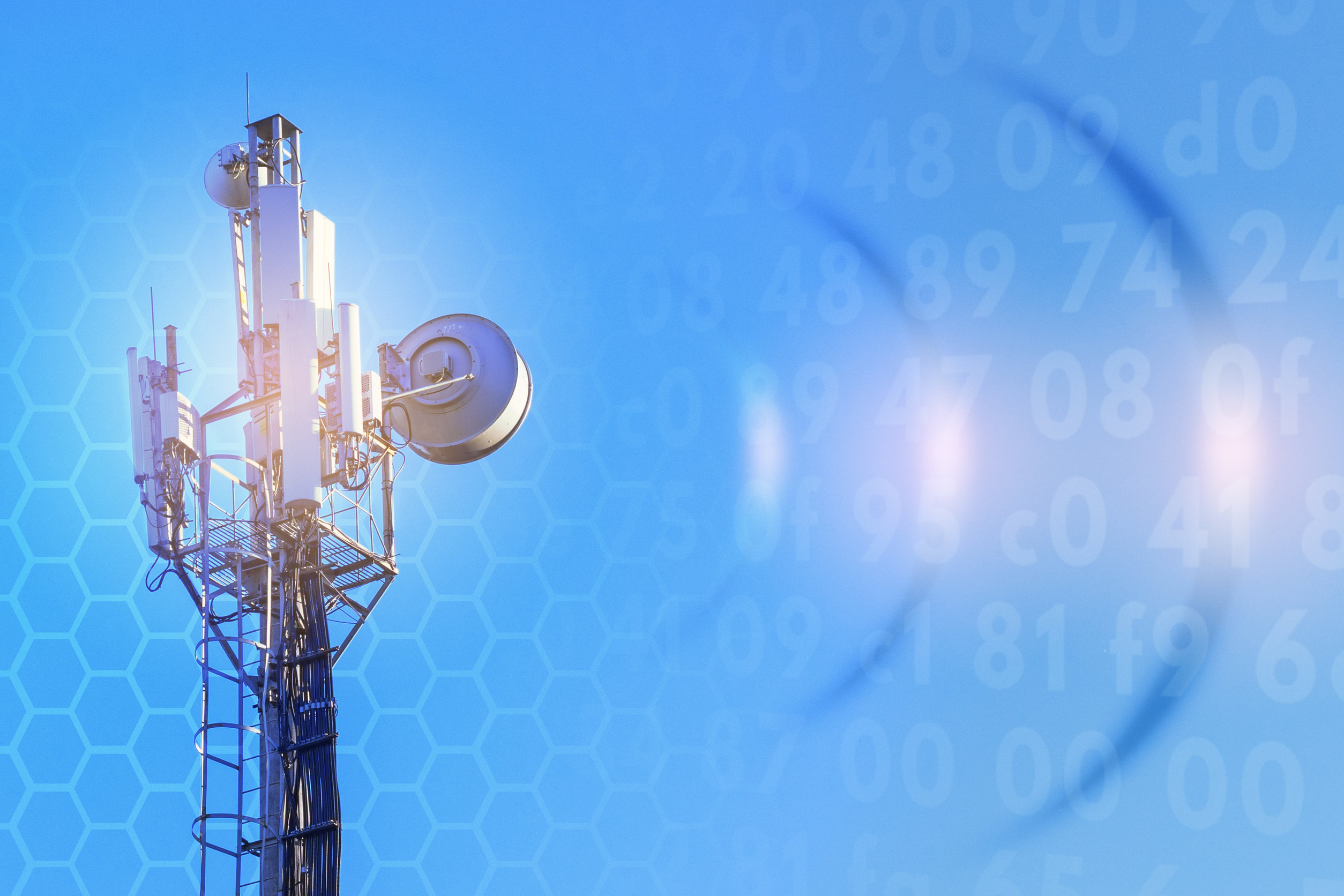 On August 13, 2021, the United States Court of Appeals for the District of Columbia Circuit ruled in the historic case EHT et al. v. the FCC that the December 2019 decision by the Federal Communications Commission (FCC) to retain its 1996 safety limits for human exposure to wireless radiation was “arbitrary and capricious.”

The court held that the FCC failed to respond to “record evidence that exposure to RF radiation at levels below the Commission’s current limits may cause negative health effects unrelated to cancer.”

Further, the agency demonstrated “a complete failure to respond to comments concerning environmental harm caused by RF radiation.” The court found the FCC ignored numerous organizations, scientists  and medical doctors who called on them to update limits and the court found the FCC failed to address these issues:

On August 16, 2016 Environmental Health Trust held a Press Conference with:

“We are delighted that the court upheld the rule of law and found that the FCC must provide a reasoned record of review for the thousands of pages of scientific evidence submitted by Environmental Health Trust and many other expert authorities in this precedent setting case. No agency is above the law. The American people are well served,” said Dr. Devra Davis, president of Environmental Health Trust.

Edward B. Myers, attorney for Environmental Health Trust, the lead petitioner in the case, EHT et al. v. the FCC stated, “The court granted the petitions for review because, contrary to the requirements of the Administrative Procedure Act (APA), the commission failed to provide a reasoned explanation for its assertion that its guidelines adequately protect against the harmful effects of exposure to radiofrequency radiation.”

“I am very pleased to see that the U.S. Court of Appeals for the District of Columbia Circuit has ruled that the FCC ignored decades of studies about the potential health harms of cell phone radiation and must adequately review this material before making a decision about new regulations of cell phones,” said Dr. Jerome Paulson, former American Academy of Pediatrics Environmental Health Council Chair and now Professor Emeritus of Pediatrics and Environmental and Occupational Health at George Washington University School of Medicine and Health Sciences and Milken Institute School of Public Health. “It is very important that the court ruled that the FCC must address the impacts of radiofrequency radiation on the health of children amassed since 1996.” The American Academy of Pediatrics’ submission to the FCCcalled for a review of safety limits to protect children and pregnant women.

In overturning the FCC determination for its lack of reasoned decision making, the court wrote that the commission cannot rely on agencies like the Food and Drug Administration (FDA) if the FDA’s conclusions are provided without explanation.

“While imitation may be the highest form of flattery, it does not meet even the low threshold of reasoned analysis required by the APA under the deferential standard of review that governs here. One agency’s unexplained adoption of an unreasoned analysis just compounds rather than vitiates the analytical void. Said another way, two wrongs do not make a right,” the court wrote.

The court further noted that the FCC failed to respond to approximately 200 comments on the record by people who experienced illness or injury from electromagnetic radiation sickness.

The court ordered the commission to “(i) provide a reasoned explanation for its decision to retain its testing procedures for determining whether cell phones and other portable electronic devices comply with its guidelines, (ii) address the impacts of RF radiation on children, the health implications of long-term exposure to RF radiation, the ubiquity of wireless devices, and other technological developments that have occurred since the Commission last updated its guidelines, and (iii) address the impacts of RF radiation on the environment.”

The landmark case centers around the FCC’s decision not to update its 1996 exposure limits for wireless radiation from cell phones, cell towers, and wireless devices. Environmental Health Trust experts have long argued that the FCC’s outdated limits place Americans everywhere at risk, especially in the era of 5G. 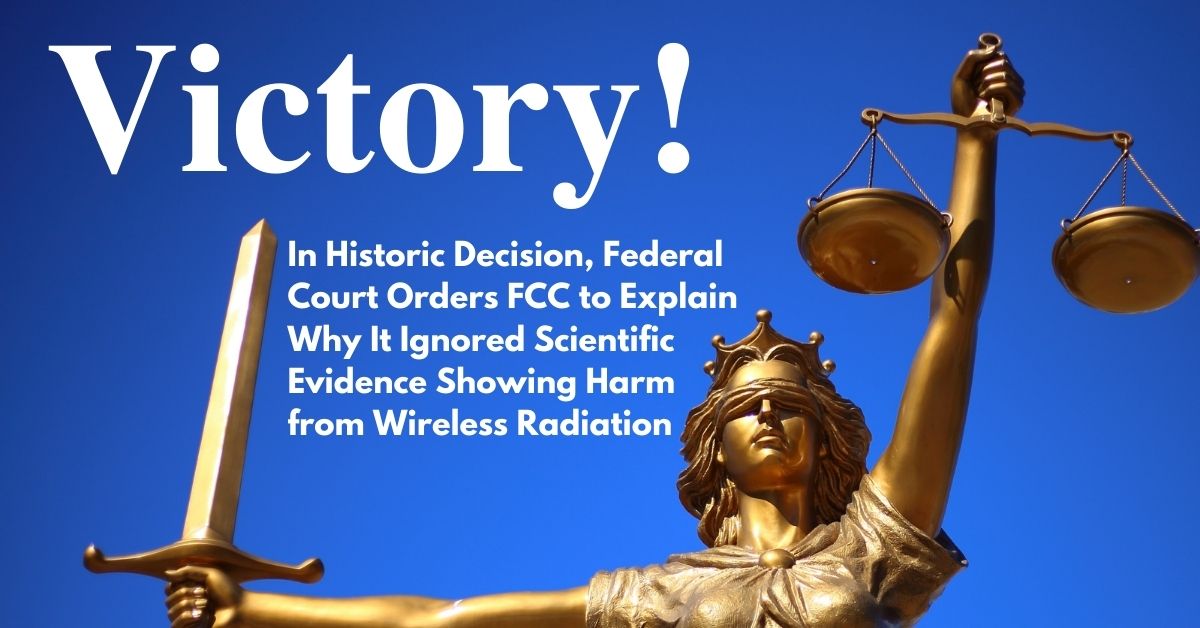 In EHT et al. v. the FCC, petitioners argued that the FCC ignored thousands of pages of research and expert testimony showing harmful effects from wireless radiofrequency radiation to humans, wildlife, and the environment when it decided that the 1996 wireless radiation limits did not need to be updated with a full health and safety review.

Oral arguments were held January 25, 2021, before a three-judge panel of the U.S. Court of Appeals for the District of Columbia Circuit including Hons. Karen Henderson, Patricia Millett, and Robert Wilkins.

Environmental Health Trust attorney Edward B. Myers previously intervened in the successful case of the Natural Resources Defense Council (NRDC) and several Native American tribes against the FCC. In this earlier case, the court upheld the relevance of the National Environmental Policy Act (NEPA). The NRDC filed an amicus brief in the EHT et al., v FCC case as well.

The Environmental Health Trust, a scientific nonprofit, has worked on wireless radiation and health for a decade. EHT scientists have published numerous studies on the harmful health effects of electromagnetic radiation and organized national and international scientific conferences on the issue.