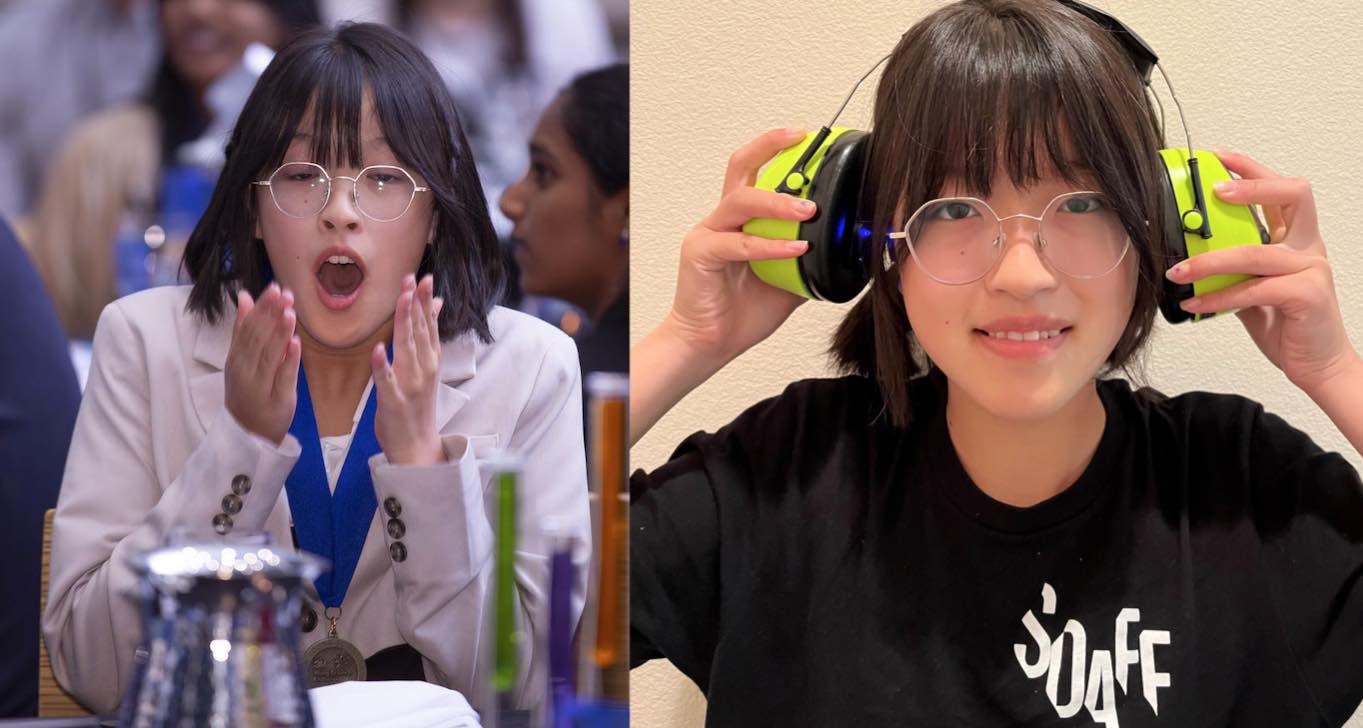 A 14-year-old in San Diego, California, was named the grand prize winner of this year’s 3M Young Scientist Challenge, the nation’s premier middle school science competition. Leanne Fan developed Finsen Headphones, a low-cost headphone device that uses machine learning and blue light therapy to detect and treat mid-ear infections in children—potentially preventing up to 60% of hearing loss in children. As a finalist, Leanne had been assigned a mentor—Dr. Ross Behling, a research specialist in 3M’s material laboratory—who worked with her one-on-one to transform her idea from concept to prototype over the summer.

A unique patient who has survived a dozen different types of cancer tumors over a lifetime could provide the key for researchers to develop new early detection and immunotherapy treatments, say scientists. A cancer diagnosis can change someone’s life, but 12 is nothing that any of us could probably comprehend. The course of this individual’s life has been nothing short of extraordinary. They first developed a tumor when almost still a baby, followed by others every few years. In less than forty years of life, the patient has developed twelve tumors, at least five of them malignant, each in a different part of the body.

Daily Meditation May Work As Well As A Popular Drug To Calm Anxiety, Study Finds

Anxiety symptoms like restlessness, feelings of worry and dread, and sleep problems, can interfere with daily life, relationships and career goals. Many people get relief using psychiatric medications but some look to find additional ways of coping with their symptoms. Meditation is a well known method of calming anxiety, but now there’s new evidence showing it to be effective at managing anxiety. Scientists compared patients who took an intensive eight-week mindfulness meditation program to patients who took escitalopram. They found that both interventions worked equally well in reducing debilitating anxiety symptoms.

Brazilian President-elect Luiz Inácio Lula da Silva vowed to halt deforestation of the Amazon and to establish a special ministry to protect Indigenous forest dwellers from human rights abuses. During a speech at the United Nations COP27 climate conference, his first on the international stage since he defeated Brazil’s president, Jair Bolsonaro, Lula said that “there’s no climate security for the world without a protected Amazon,” roughly 60% of which is located in Brazil. Parts of the Amazon, often referred to as the “lungs of the Earth” recently passed a key tipping point after Bolsonaro intensified the destruction of the tropical rainforest during his four-year reign.

A mom claims pumpkin helped save her dog’s life, and veterinarians were stunned when he miraculously recovered from ‘terminal’ cancer. Martha Haslett assumed it was hopeless when vets predicted that her family’s beloved dog Koda would have less than 12 months left to live after a mass was found on his intestine in October 2019. “We were devastated, said the 63-year-old from Lewes, Delaware. “We loved this little guy and we didn’t know what to do.” But plucky Koda, diagnosed with intestinal cancer, defied the odds and the retired teacher believes a key factor was the orange squash he chomped-down on daily when he refused all other foods.