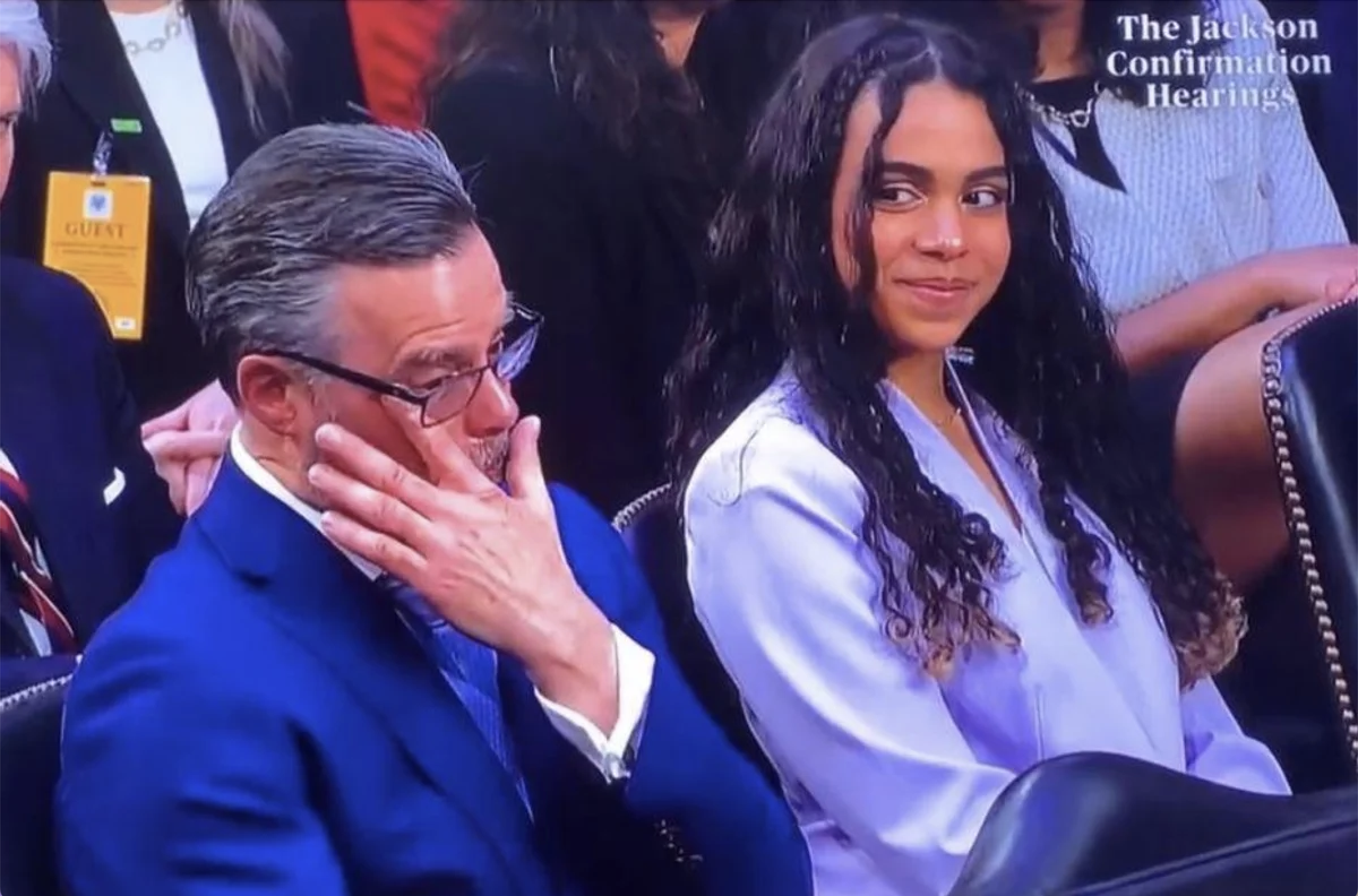 Judge Brown’s husband couldn’t hold back his tears as she showered him with praise. @PettyLupone/Twitter

Judge Ketanji Brown Jackson’s opening statement to the Senate as she’s being considered for a spot on the U.S. Supreme Court was powerful. But Brown’s tribute to her family—and their reactions to it—were the highlight of the first day of the hearings for some, because how utterly sweet can you get? As Brown described the “unconditional love” of her husband, Dr. Patrick Jackson, he kept wiping tears from his face. The couple has been married for 25 years, after meeting in college more than three decades ago.

The Peace Corps will begin redeploying its volunteers later this month after suspending all operations and evacuating its 7,000 member force from more than 60 countries at the onset of the Covid-19 pandemic — a first in the organization’s history. Nearly two years later, Peace Corps volunteers will re-enter service in a phased approach, with Zambia and the Dominican Republic receiving the first cohorts, including new and previously evacuated volunteers, Peace Corps CEO Carol Spahn said in prepared remarks Thursday.

Philanthropist MacKenzie Scott, the ex-wife of Amazon founder Jeff Bezos, has donated $436 million to Habitat for Humanity. Calling it a “transformational donation”, Jonathan Reckford, CEO of Habitat for Humanity International, said: “This incredibly generous gift will allow us to dramatically increase capacity and implement programs that will have a multi-generational impact on communities around the U.S. and our global mission for many years to come.” Ms. Scott has given away $8 billion to hundreds of charities.

High school basketball player Jules Hoogland is completely blind. As a junior at Zeeland East High School in Michigan, Hoogland plays on Zeeland’s Unified Sports team made up of students with and without disabilities. As she set up for a free throw, the crowd fell into a hush so Hoogland could hear the tapping of the basket so she could put the ball in the right spot. A fellow player ensured she was positioned for the shot, and Hoogland nailed it. Not only was it a great shot, it was an awesome example of what support and inclusion can look like.

Giraffe Population Across Africa Is ​Up Twenty Percent

Giraffe numbers have increased across Africa, new research shows, a rare spot of good news in the conservation world.  According to a recent analysis of survey data, the total giraffe population is now around 117,000, approximately 20 percent higher than it was thought to be in 2015. Giraffes were once considered a single species. But recent genetic evidence shows there are likely four species of giraffe, three of which have increased considerably in number: northern, reticulated, and Masai giraffes. The fourth, southern giraffes, have remained relatively stable.