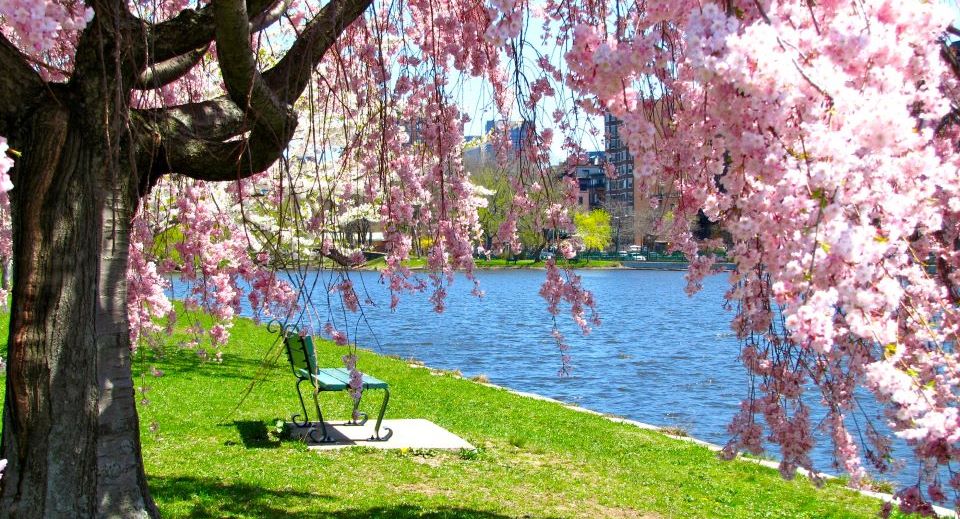 It’s Cherry Blossom Season And The Photos Are Gorgeous

Washington, DC’s cherry trees draw tourists in each spring with their blooms. The cherry trees were a gift from Japan in 1912 as a token of friendship and are now nearly as famous as the blossoms in the origin country. Upon receiving the cherry trees, the US responded under President William Howard Taft by sending flowering dogwood trees. The cherry trees have become a staple of the DC skyline and a symbol of the Japan–US relationship.

Ketanji Brown Jackson was confirmed by the Senate on Thursday as the first Black woman to serve on the Supreme Court in a milestone for the United States and a victory for President Joe Biden, who made good on a campaign promise as he seeks to infuse the federal judiciary with a broader range of backgrounds. The vote to confirm the 51-year-old federal appellate judge to a lifetime job on the nation’s top judicial body was 53-47.

How Amazon Workers Beat The Union Busters At Their Own Game

Amazon spent millions on anti-union consultants last year. One worker explains how he and his friends discredited and flustered them to win a historic election. Connor Spence is vice president of membership for the Amazon Labor Union, the new independent labor group that stunned the country last week by creating the first union inside Amazon’s U.S. operations. Spence took a particular interest in these “union avoidance” consultants, and was determined to see the union beat them at their own game.

Responding to both the climate crisis and Russia’s invasion of Ukraine, Germany unveiled a major package Wednesday to speed its transition to renewable energy. The goal of the new plan is for Germany to get at least 80 percent of its energy from renewable sources by 2030 and achieve almost 100 percent renewable energy by 2035, DW reported. “Russia’s invasion shows how important it is to phase out fossil fuels and promote the expansion of renewables,” Economy Minister Robert Habeck told the press, as Reuters reported.

Texas Researchers Use Okra To Remove Microplastics From Wastewater

Tarleton State University researchers have demonstrated that food-grade plant extracts, especially those from okra, have the power to remove microplastics from wastewater. The health effects of ingesting microplastics are unclear, but studies suggest that people unintentionally consume thousands of particles every year. They can be released from your clothing in the washing machine and end up in the city water treatment facility.

How To Get Involved This Earth Day

Earth Day is coming Friday, April 22, and this year’s theme is “Invest in Our Planet.” Regardless of how you choose to invest, there’s never been a more important time to celebrate this holiday. As humans run short on time to curb climate change and prevent catastrophic calamity, it’s important for everyone to take serious, bold actions toward a sustainable future. Businesses, governments, and citizens — everyone accounted for, and everyone accountable. A partnership for the planet,” the Earth Day website says.