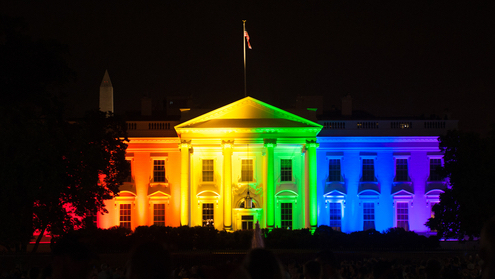 The Human Rights Campaign (HRC) — the nation’s largest lesbian, gay, bisexual, transgender and queer (LGBTQ+) civil rights organization — today celebrated the bipartisan passage of the Respect for Marriage Act in the House of Representatives. The bill passed 267 to 157 and garnered the votes of 47 Republicans, demonstrating the widespread and bipartisan support for marriage equality. HRC celebrates the House of Representatives for moving this important legislation forward and now calls on the U.S. Senate to pass this important legislation swiftly.

A 90-year-old owner of multiple McDonald’s franchises has done an extraordinary good deed for his employees, who were at risk of losing their livelihoods. When news broke that Tony Philiou was set to close, remodel, and rebuild a brand-new restaurant in Mayfield Heights, Ohio, there was obvious concern among workers. But, the staff had nothing to worry about. Philiou flipped his first burger as an employee at this exact location 60 years ago; now he’s the boss who chose to continue paying all 90 employees, even though they would not be able to work for him during renovations.

The world is facing unprecedented levels of hunger that are growing every day with food-price increases caused by the Ukraine war. At the World Economic Forum in May, David Beasley, head of the World Food Programme, warned that the number of people on the brink of starvation had risen from 135 million to a record 276 million with the COVID epidemic; and was projected to reach 325 million (now 345 million). However, there is a way to bring hundreds of billions of dollars of aid to the developing countries where the people who need it most live. Amazingly, this help has zero cost to the U.S. government.

Ask a climate scientist, and they’ll confirm what you already suspect: it’s getting hotter. Much hotter. 19 of the 20 hottest years recorded have occurred since 2000, and the last seven have each been hotter than the last. 2021 took the cake as the hottest year on record, and 2022 is shaping up to be another banner year as runaway climate change continues. Places where air conditioners were once unnecessary are now faced with record temperatures and residents are adjusting to a new climate reality. Here’s how to stay cool and safe this summer, even without an air conditioner.

13-year-old Alena Analeigh Wicker made history as the youngest Black person in the U.S. to be accepted into medical school. How does one get accepted into medical school at just 13? “I was bored,” Alena told the The Washington Post. “The high school work was so easy for me that I ended up graduating from high school at 12 years old.” After that, she was accepted into Arizona State University and Oakwood University and is currently a junior at both schools finishing up degrees in biological sciences. The teen posted about her acceptance on her Instagram page, sharing a picture of the letter from the University of Alabama’s Heersink School of Medicine for 2024.