The French dairy giant, Groupe Danone (Dannon in the U.S.), has announced an agreement with the U.S. Department of Justice (DOJ) to liquidate its holdings in the largest manufacturer of organic yogurt, Stonyfield, so that its proposed acquisition of WhiteWave Foods can move forward. The original merger deal would have combined the world’s largest organic yogurt brand, Stonyfield, with Wallaby, a rapidly growing organic yogurt label, and the nation’s largest brand of organic milk, Horizon.

In August 2016 The Cornucopia Institute, an organic industry watchdog, formally challenged the acquisition based on forecasting the serious erosion of competition it would have created in the consumer marketplace and the negative economic impact it would have on U.S. organic dairy farmers.

“In our discussions with the DOJ, and dozens of reporters in the financial press who contacted us, the operative question had always been, short of regulators killing the deal, what moves could Danone take to placate our concerns?” said Mark A. Kastel, codirector at The Cornucopia Institute. “We openly questioned whether Danone was interested in WhiteWave because of its role in organic dairy, and the synergy of combining that with their existing holdings in Stonyfield, or if they were more interested in WhiteWave’s dominance in the growing, and more profitable, ‘plant-based’ beverage category. This move seems to have addressed that uncertainty.”

“As part of the agreement in principle with the DOJ, we made the strategic decision to divest Stonyfield as it allows us to take a major step towards completing the WhiteWave transition expeditiously,” said Emmanuel Faber, Danone’s CEO, in a company news release.

WhiteWave brands that Danone is acquiring are the top sellers in their categories. Horizon organic milk controls nearly 25% of the organic milk market, while their Silk brand is a leader in plant-based beverages.

Dairy has long been one of the most commercially successful product categories labeled as organic. In many households organic milk is among the first foods introduced to children. Following fruits and vegetables, organic dairy products are the second largest product segment in the industry. “As such a key part of the organic market, it is vital that competition remains open,” said Marie Burcham, the lead Cornucopia researcher on this project.

The Cornucopia Institute made this argument in letters, on August 10 of last year, calling on the Department of Justice and the Federal Trade Commission to treat the proposed merger as suspect. Cornucopia also launched a petition drive on their website and organized a letter campaign among U.S. organic dairy farmers, pushing for a full investigation of the proposed merger by federal regulators.

The market for organic dairy already has less competition than other agricultural sectors and is more susceptible to monopolization. “It was important that the authorities looked at the anti-competitive implications of the Danone-WhiteWave deal,” said Burcham. “We asked that they consider the organic dairy and organic yogurt markets in particular as different and already more concentrated markets in comparison to Danone’s other, non-organic market share.” 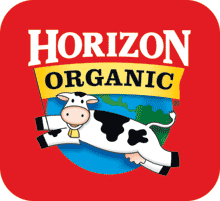 Burcham, who in addition to her expertise in livestock agriculture is trained as an attorney in environmental law, added, “These are important considerations for determining whether an acquisition violates the Sherman Act and the Clayton Act for anti-competitive and anti-trust reasons.”

Danone was already a majority shareholder of Stonyfield, the largest organic yogurt brand worldwide, and owns a 21% stake in the Lifeway organic kefir brand. Adding WhiteWave’s Wallaby and Horizon Organic brand yogurts to Danone’s existing market share would have allowed the dairy conglomerate to control a sizable slice of the U.S. organic market.

“This merger could have reduced options and raised prices for consumers without any positive impact on the quality of the products they are buying,” said Cornucopia’s Kastel. “With less competition, big companies commonly underpay independent farmers for their products, undermining the economic viability of small, family-scale farms. The organic community was wise to be very wary of this acquisition.”

Kastel went on to explain that the multibillion-dollar acquisition could have seriously eroded wholesale competition in other, less obvious, ways.

The number two brand of organic milk in the marketplace, Organic Valley, is produced by a member-owned farmer cooperative that has been the longtime raw milk supplier to the Stonyfield yogurt brand. If, after its acquisition, Danone had decided to dump Organic Valley, a Horizon competitor, as a supplier, it could have left only one major purchaser of farm milk in some regions of the U.S., like New England.

Ironically, Organic Valley just launched a 50/50 joint venture with Dean Foods, the largest milk bottler in the United States, to process and market organic milk. Dean is the former parent of WhiteWave and has been without an organic offering since the spin-off of their former branded products division.

Under both Democratic and Republican administrations, antitrust enforcement in the U.S. has been anemic, at best, over the past two decades. However, decisions by the DOJ late in the Obama administration to scrutinize the Staples/Office Depot merger, and major proposed consolidations in the beer and healthcare industries, left organic dairy farmers optimistic that closer scrutiny of the Danone/WhiteWave deal was possible.

“The future trajectory of regulation on antitrust matters during the Trump presidency will likely become clearer going forward as they review deals proposed during the Obama administration and subsequent to Mr. Trump taking office,” added Kastel.

The Cornucopia Institute, through research and investigations on agricultural and food issues, provides needed information to family farmers, consumers and other stakeholders in the good food movement and to the media.

See also:
In 2017, More Antibiotics Will Be Consumed By Farm Animals Than Humans
What Small Farms Need To Compete With Corporate Food