People really want their lucky charms to work, which can actually help reduce anxiety, especially during times of uncertainty. 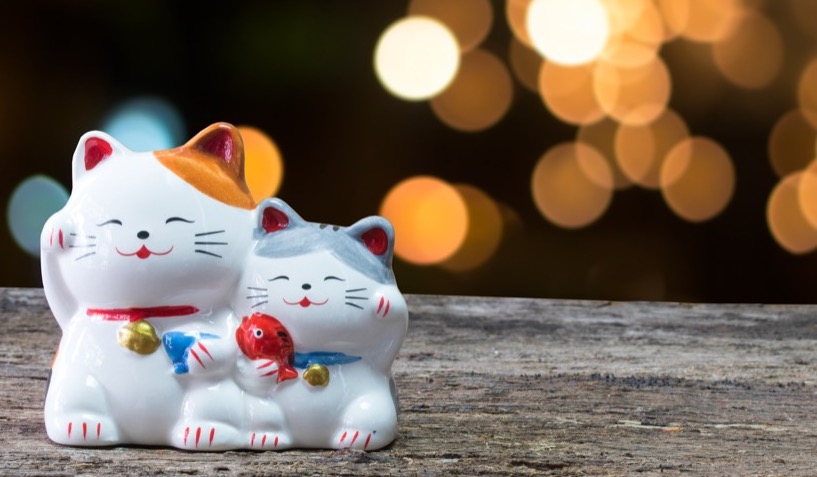 Growing up in Greece, I spent my summers at my grandparents’ home in a small coastal village in the region of Chalkidiki. It was warm and sunny, and I passed most of my time playing in the streets with my cousins. But occasionally, the summer storms brought torrential rain. You could see them coming from far away, with black clouds looming over the horizon, lit up by lightning.

As I rushed home, I was intrigued to see my grandparents prepare for the thunderstorm. Grandma would cover a large mirror on the living room wall with a dark cloth and throw a blanket over the TV. Meanwhile, Grandpa would climb a ladder to remove the light bulb over the patio door. Then they switched off all the lights in the house and waited the storm out.

I never understood why they did all this. When I asked, they said that light attracts lightning. At least that was what people said, so better to be on the safe side.

Where do these kinds of beliefs come from?

My fascination with seemingly bizarre cultural beliefs and practices eventually led me to become an anthropologist. I have come across similar superstitions around the world, and although one may marvel at their variety, they share some common features.

The Principles Of Magical Thinking

At the core of most superstitions are certain intuitive notions about how the world works. Early anthropologists described these intuitions in terms of principles such as “similarity” and “contagion.”

According to the principle of similarity, things that look alike may share some deeper connection, just as the members of a family tend to resemble each other both in appearance and in other traits. Of course, this is not always the case. But this inference feels natural, so we often abuse it.

Case in point: The light reflected on the surface of a mirror is not related to the light resulting from the electrical discharges produced during a thunderstorm. But because they both seem to give off light, a connection between the two was plausible enough to become folk wisdom in many parts of the world. Likewise, because our reflection on the mirror closely resembles our own image, many cultures hold that breaking a mirror brings bad luck, as if damage to that reflection would also mean damage to ourselves.

The principle of contagion is based on the idea that things have internal properties that can be transmitted through contact. The heat of a fire is transferred to anything it touches, and some illnesses can spread from one organism to another. Whether consciously or unconsciously, people in all cultures often expect that other kinds of essences can also be transferred through contact.

For example, people often believe that certain essences can “rub off” on someone, which is why casino players sometimes touch someone who is on a winning streak. It is also why, in 2014, a statue of Juliet, the Shakespearean character who fell madly in love with Romeo, had to be replaced due to excessive wear caused by visitors touching it to find love.

A Search For Patterns

These kinds of superstitions betray something more general about the way people think. To make sense of our world, we look for patterns in nature. When two things occur at around the same time, they may be related. For instance, black clouds are associated with rain.

But the world is far too complex. Most of the time, correlation does not mean causation, although it may feel like it does.

If you wear a new shirt to the stadium and your team wins, you might wear it again. If another victory comes, you begin to see a pattern. This now becomes your lucky shirt. In reality, myriad other things have changed since the last game, but you do not have access to all those things. What you know for sure is that you wore the lucky shirt, and the result was favorable.

People really want their lucky charms to work. So when they don’t, we are less motivated to remember them, or we may attribute our luck to some other factor. If their team loses, they might blame the referee. But when their team wins, they are more likely to notice the lucky shirt, and more likely to declare to others that it worked, which helps spread the idea.

As a social species, so much of what we know about the world comes from common wisdom. It would therefore seem safe to assume that if other people believe in the utility of a particular action, there might be something to it. If people around you say you should not eat those mushrooms, it’s probably a good idea to avoid them.

This “better safe than sorry” strategy is one of the main reasons superstitions are so widespread. Another reason is that they simply feel good.

Research shows that rituals and superstitions spike during times of uncertainty, and performing them can help reduce anxiety and boost performance. When people feel powerless, turning to familiar actions provides a sense of control, which, even if illusory, can still be comforting.

Dimitris Xygalatas is an anthropologist and cognitive scientist who studies some of the things that make us human. Most of his work has focused on rituals and their ability to soothe, excite, unite and divide us. His latest book on the topic is “Ritual: How Seemingly Senseless Acts Make Life Worth Living.”

Also see:
What You Do Every Day Matters: The Power Of Routines
The Indigenous Rituals That Heal Us