Pickled beets are great for the die-hard beet lover, but for the mild enthusiast or newcomer, roasting can’t be…well, you get it. 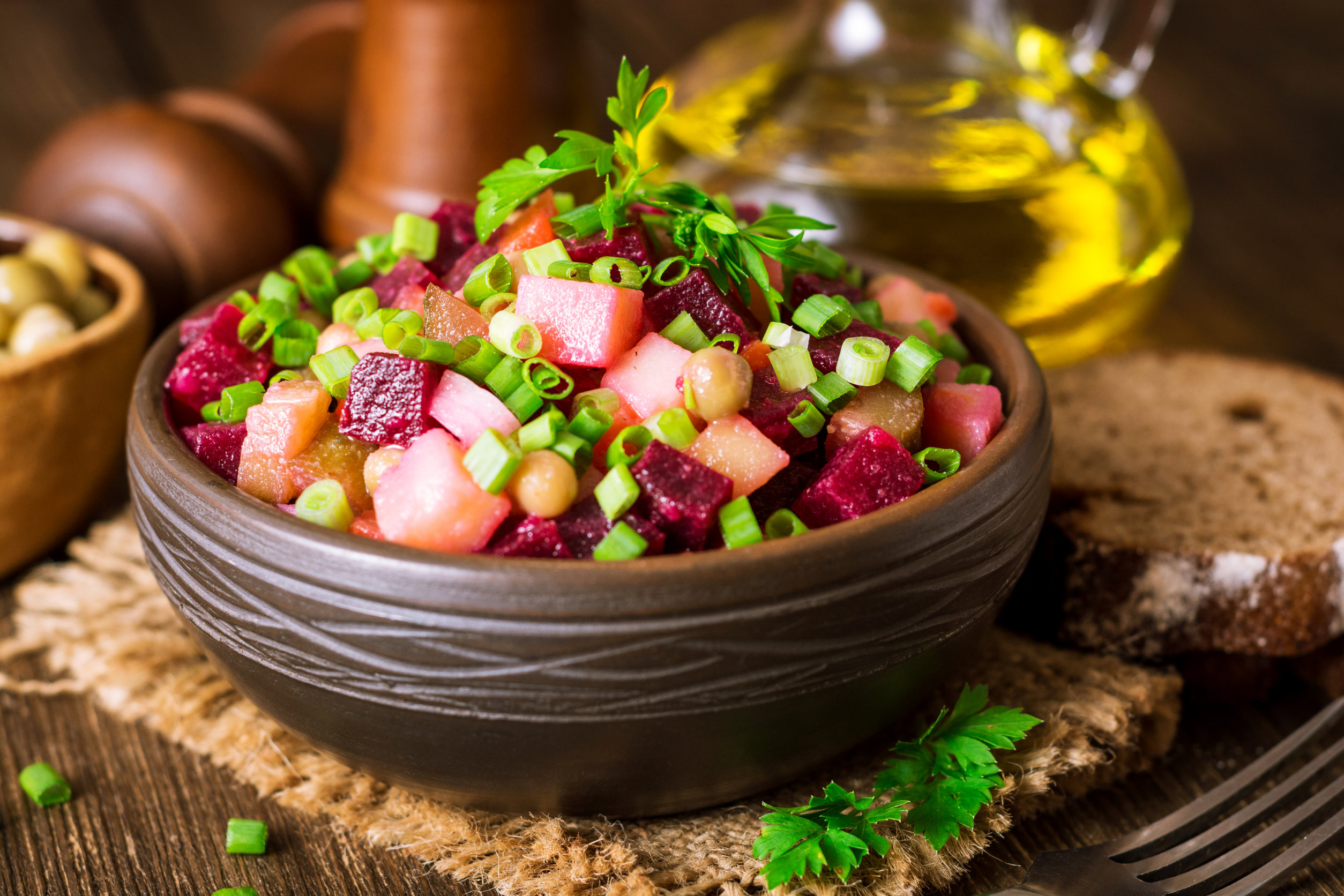 Judgments, preconceived notions, assumptions, and stereotypes all have negative connotations attached to them, but when we look deeper, we see that, in fact, it’s just our brain attempting to recognize a pattern. Patterns are how our brains operate.

One day while in our garden I saw a bee out of the corner of my eye, buzzing and making that fuzzy sound of tiny beating wings, but it was only my brain that had decided it was a bee before my eyes could confirm it. My fear of bees is founded on a pattern. At a young age I was stung by a bee on my ankle. It caused an allergic reaction that made my ankle swell up so big I needed crutches for a week. Combine this with the fact that my mother developed a severe allergic reaction to bee stings at age 50 and was rushed to the ER as her throat closed.

Imagine my surprise as I looked up fearfully, wondering where my Epipen was, only to see the most beautiful, delicate hummingbird before me. Fear turned to awe as I watched its deft ninja-like movements, moving so quickly that it almost appeared to be frozen, as it blipped from wildflower to wildflower, bending space and time to access the sweet nectar of the butterfly bushes that my partner planted just for this moment. If I had freaked out, run, or started swatting madly, an amazing opportunity of hanging with a hummingbird would have been missed.

Then I thought about the importance of bees. In Cooked, Michael Pollan says the world would shut down within two weeks of bees going extinct. After taking a quick moment to revel in the fact that our garden was having a truly exceptional year — it’s important to enjoy the small victories — I thought about how easily my fear transformed into elation, and how these two tiny souls, those of bees and hummingbirds, are basically doing the same job. My fear, judgment and resentment of bees had for a second mistakenly turned that hummingbird into a bee in my mind.

But our judgments don’t stop there. We are judging people all the time because our brains are trying to recognize patterns and keep us safe. They do this by scrolling through our memories until they find something relatable. In the garden, the memory chosen was the sting when I was younger and the memory of my mother in the hospital. In that moment none of the literature on how awesome bees are came to light.

When meeting a new type of person for the first time, your brain, devoid of any real memories, will scroll through whatever “programming” you’ve seen on TV. If you’ve never met a Nigerian teenager, an Italian immigrant, or a transgender store clerk, your mind jumps to some episode of the Cosby Show or a cartoon you saw when you were five, and makes a judgment about that person based on a cartoon character. A cartoon character! — isn’t that absurd? — from Speedy Gonzalez to Foghorn Leghorn to the Black maid on Tom & Jerry. Have you ever seen a cartoon of a Chinese person created before 1980 — slanted eyes, long braided ponytail, Kung Fu robe and wooden sandals? It really doesn’t get much more racist than that.

In the kitchen, beets are one of those poor veggies that everyone judges. They come covered in dirt and have a hairy tail. They stain your fingers and have a long cooking time. And yes, it’s true, they turn your poop red. The cultivation of beets began in Roman times for the greens and not the distinctive, rich, red root. It was known as a blood builder and prescribed to give strength. We now know this is due to the high iron content of beets and the nitrates that deliver oxygen to the blood. Beets are also high in the compound betaine, a mind relaxant that helps treat some forms of depression. In time, the super-high sugar content of beets made them popular as a cheap sugar source. If you grew up in the 80s like me, you might have first met them in their most intense form — pickled — hanging out in the back of the refrigerator at Grandpa and Ma’s.

Pickled beets are great for the die-hard beet lover, but for the mild enthusiast or newcomer, roasting can’t be…well, you get it. A root vegetable medley is a good intro to beets. It gives you a chance to enjoy the amazing balance of flavors present in a roasted beet. At once earthy and sweet, roasting allows these flavors to sing on a level they would never achieve on their own. Turnips, kohlrabi, golden beets, rutabaga, and winter squashes all work great in this medley. Multi-colored carrots or potatoes are especially fun in this mix as their taste may be familiar, but a roasted yellow or purple carrot is a little harder to identify once its cooked. The natural sugars in these starchy root veggies make them kid-friendly, and playing a guessing game about which veggie you are eating provides an extra layer of fun. Plus, you’ll finally have a use for all those root veggies that come in your farm box.

Just like human cousins, these tubers might look similar but they have personalities all their own. You can’t judge a book by its cover. Be sure to cut all vegetables into equal size pieces. Bigger pieces are easier to cut, but take longer to cook. The small differences in cooking time between veggies get bigger when the pieces are bigger. Smaller cuts guarantee relatively equal cooking times. Serve this colorful vegetable bouquet with any roasted meat, or sprinkle while warm over a salad with goat cheese, or stir into cashew cream sauce for butternut ravioli for extra nutrition and texture.

Chop garlic and herbs. Mix together on a cutting board, sprinkle salt on top and scrape into bowl. Pour oil over top and set aside. Will keep for two weeks.

Mix spices together and set aside.

2. Pre-heat oven To 375. In a large mixing bowl, add 4 tablespoons of spice mix and ¾ cup garlic oil mixture. Mix with rubber spatula or hands until all root veggies are coated equally.

3. Spread out on a sheet tray lined with parchment paper. Sprinkle 2 more tablespoons of spice mixture on top, cook 25 minutes or until pieces are cooked through. Drizzle remaining olive oil mixture on top.

This roasted beet recipe is simple to make and the beets stay good for up to a week in the refrigerator. Tweak the lemon for lime in the summer and orange in the winter. Have a large bowl and dark colored kitchen towel to cover the bowl handy.

1. In a shallow baking dish place the cleaned, cut beets. Pour olive oil over beets and use hands to rub each beet and cover with oil. Wash hands immediately to avoid staining. Sprinkle with salt and pepper and drizzle remaining ingredients except balsamic vinegar.

2. Cook for 45 minutes or until a fork can be stuck into beets easily. Place beets in a large bowl and cover with a towel. Wait 5-10 minutes for beets to cool and then use the towel to remove skin by gently but firmly wiping off beets. Use cold water to rinse off the remaining beet skin.

3. Dice beets and place in a food storage container. Pour balsamic over beets and store in fridge.

Roasted beets can be enjoyed on their own, added to a salad, pureed into hummus or used as a base in this nutrient-rich salad. The pop of edamame and crunch of cucumbers are grounded by the earthy beets and sweetened by oranges. Serve on its own by adding fresh basil or get crazy with a little blue cheese or gorgonzola. Serve as side dish to grilled fish or beef. The temperature and texture variations will keep you smiling and beeting the blues.

Mix all ingredients in a large mixing bowl. Chill for 20 minutes before serving.

Kevin Williams is the chef at Roots Natural Foods, Kitchen and Juice Bar in Leominster, MA. He loves painting, DJing and is a board member of the Twin Cities Rail Trail between Fitchburg and Leominster. He is a founder of the Afro-Celt cooking movement. Email him at rootschef978@gmail.com. Visit www.rootsnaturalfoods.com.