What I Really Know About Smart Meters 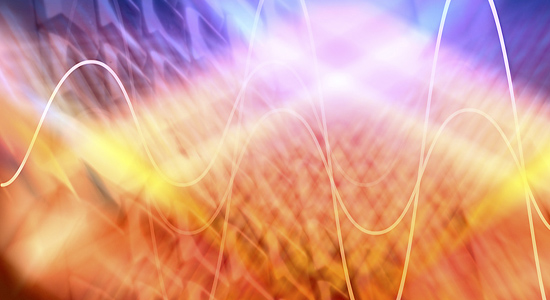 An alarming scenario is occurring in my Gloucester rental home. A high-pitched frequency is blanketing the house for longer and longer periods of time throughout the day and night. The bony plates in my skull react by tightening to protect my brain, and I feel a sense of anxiety or stress, and simultaneous overcharge and exhaustion. The vagus nerve is trying to defend against the onslaught by clamping down, and this reaction disrupts nearly every biological process.

Now, a strange new phenomenon is unfolding. Beginning around late morning, my appliances begin talking to one another. The refrigerator seems to play a significant role, chiming to the upstairs heater, the downstairs heater, and the water heater, and they take turns cycling for several hours. It’s an ingenious technology. Instead of each appliance in the house operating according to its individual thermostat and drawing on the power grid in a random fashion, an organizing intelligence is choreographing the electric demand.

The only problem is that I didn’t sign on to take part in or to pay for a large biological and environmental experiment that is not monitoring biology or the environment. As far as I know, neither did most of the residents on the United States. And I realize that my health is being quantifiably adversely affected by external artificial frequencies. However, many Americans are being affected by man made radio waves, and don’t know it. Neither do their health care providers.

Recently, an unrelenting migraine led me to the discovery of a new utility meter located on a vacant summer home at the end a dirt lane near my house. Both the pain in my head and my German-made radiation-measuring meter confirm that it is a powerful wireless transmitter.

Most of the birds have left and the squirrels only visit for a short time. I don’t believe that they are simply off mating. They are avoiding being microwaved.

I spent one of those nights urinating every 15 minutes, and woke dehydrated and with internal bleeding. It wasn’t a bladder infection; it was a massive disruption of the kidney-bladder energy frequency. A second night my blood oxygen level suddenly dropped so dramatically that my heart went into deep distress. Due to the layout of my house, I couldn’t get out of the range of the microwave signals between the devices in the appliances. I was receiving the equivalent of electroshock torture. I slept one night freezing in the car, another night on a friend’s porch.

I went to the health clinic and as I was sitting in the waiting room I heard and felt the high-pitched frequency come through the neighborhood. An elderly patient in another room immediately began suffering a severe coughing fit and had to be nebulized. I heard another patient describing in meticulous detail to her health care professional the tightening, tension and nerve irritation that was occurring along one side of her body. Even though I don’t know her and never saw her, I suspect that she sleeps with that side of her body against either her radio frequency-emitting electric meter or the kitchen wall that backs up to her new micro-chipped refrigerator.

Another friend woke up at 2:OO am with a herniated disc. Like many residents in other states where thousands of adverse health affects have been reported due to smart grid infrastructure, she is starting to turn off all of her appliances and fuses at night. Another friend with a chronic health issue felt as if she was losing her mind. She couldn’t remember if she had taken her medication or washed her hair. Her short-term memory was decimated.

According to the Department of Energy (DOE) research facility Pacific Northwest National Laboratory, “a controller is a small circuit board built into household appliances that reduces stress on the power grid by continually monitoring fluctuations in available power. During periods of high demand, appliances equipped with the control automatically shut down for a short period of time, resulting in a cumulative reduction that can maintain the stability of the grid.”

“The controller is essentially a simple computer chip that can be installed in regular household appliances like dishwashers, clothes dryers, refrigerators, air conditioners, and water heaters. The chip senses when there is a disruption in the grid and turns the appliances off for a few seconds or minutes to allow the grid to stabilize. The controllers can also be programmed to delay the restart of appliances. The delay allows the appliances to be turned on one at a time rather than all at once to ease power restoration following an outage.”

Are entire communities being used as experiments for new technologies that radiate our homes? Or perhaps potential financial investment opportunities? Will energy grids be engineered to consume electricity based on the fluctuations of profit margins for the commodities market?

In 2010 Southern California Edison Company (SCE) was awarded $40 million from the DOE to conduct “a living laboratory for simultaneously demonstrating and assessing the interoperability of, and interaction between, various Smart Grid technologies and systems…[The] project will allow SCE, project participants and the DOE to verify the viability of Smart Grid technologies and cyber security when deployed in an integrated framework. The project will also provide a means to quantify the costs and benefits of these technologies in terms of overall energy consumption, operational efficiencies, and societal and environmental benefits.”

The “living laboratory,” however, isn’t monitoring any living organisms or the impact to their health. As other countries have discovered, it is necessary to shield the homes of individuals who have neurological health issues including autism and MS, as well as those with medical devices like pacemakers or deep brain stimulators for Parkinson’s. The homes of pregnant women should also be protected.

The new technologies do not recognize the damage to the immune system that is occurring at night when the parasympathetic nervous system is dominating, or the damage to bees, bats and birds that are sensitive to frequencies outside the human sensory range. Only attentive humans will be able to detect those costs.

Neither nature nor human ecology can afford the burgeoning cost of humanity’s conquest and commoditization of the EMF spectrum. In his 2008 book “Living Safely with Electromagnetic Radiation”, Jim Waugh wrote, “The price of a quart of milk in 1905 was about 7 cents. If the price of milk had increased at the same rate as the level of electromagnetic radiation, we would be paying $14 million per quart today.”

HaltMAsmartmeters.org and StopSmartMetersMassachusetts.org call on MA residents to understand that there are other ways of reducing the carbon footprint that do not require utility companies to blanket the nation with a computerized microwave repeater system that operates in power densities that are illegal in other nations. The technologies, including compact fluorescent bulbs, are not green, not safe, exorbitantly expensive, and have never been tested for environmental or human impact.

Until now. It is time for the experimentation, without knowledge or consent, to halt.

This Earth Day: You, whose day it is, take out your rainbow colors and make it beautiful. – Nokia prayer

Patricia Burke is an activist working with groups across the country to halt the deployment of the smart meter grid and to bring radio wave safety standards in the United States in line with health research summarized in the Bio-Initiative Report.